The EUR/NZD pair has appreciated by about 500 pips in the past week to trade at about 1.7040 levels. A decline in the average price of dairy products weakened the Kiwi dollar, while an upbeat trade balance and current account surplus data pushed the Euro upwards. However, we expect the Euro to decline against the Kiwi dollar in the days ahead due to the arguments given below.

However, the Euro has turned weak as expected due to two main reasons. Firstly, while announcing the policy, the ECB stated that it would stand ready to increase the quantum of asset purchases or the duration, if necessary. Secondly, the ECB said it will maintain the current low interest rate scenario for an extended period of time, until the inflationary pressure builds up to a formidable level. Hann-Ju Ho, an economist at Lloyds Bank, opined that the interest rates might not rise until the second quarter of 2020. The dovish policy stance is expected to keep the Euro under pressure in the days ahead.

The newly labour-led coalition government of New Zealand has outlined its plans to reform the Reserve Bank of New Zealand. According to the plan, the RBNZ’s rate setting process would be modernized and the format would be changed to a more friendly format. Analysts were quite comfortable with the move and stated that most of the risks that may arise from such a move is already priced in the currency. The Kiwi dollar has lost about 5% on a trade-weighted basis, since the election results were declared. Thus, a decline of the New Zealand dollar is limited, according to Derek Halpenny, European head of global markets research at MUFG. Notably, the prior plan to include the Kiwi dollar’s exchange rate into account before framing monetary policy was absent. Thus, monetary policy related developments favour a decline of the EUR/NZD pair in the days ahead.

Technically, the RSI of moving average indicates an overbought scenario. Similarly, the stochastic oscillator is declining from the overbought region. The EUR/NZD pair has also reached the upper band of the linear aggression channel. Thus, we forecast a downtrend in the EUR/NZD pair. 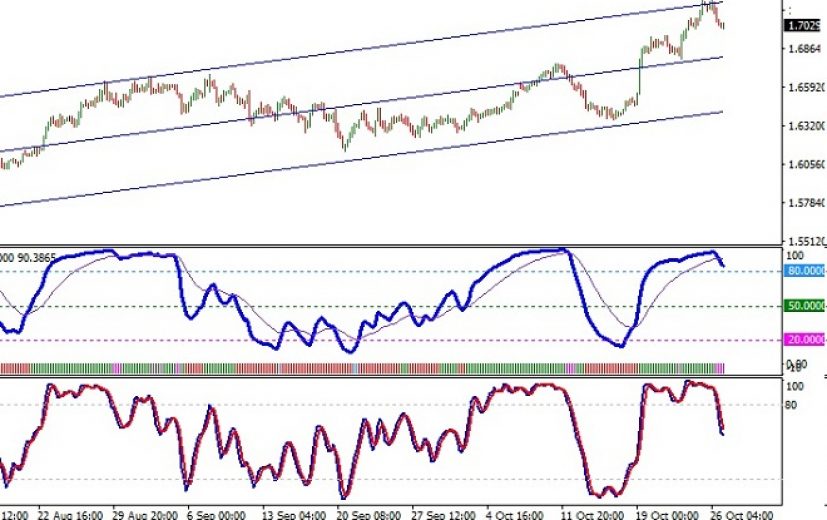 A short position may be opened in the EUR/NZD pair to gain from the probable downtrend. The entry will be made near 1.7040, with a stop loss order above 1.7140. We will cover the short position near 1.6550.

Further, we may also establish a binary trade by investing in a put option. The option should be active until November 3rd , while the entry will be made when the pair trades near 1.7040.

Kiwi up on strong dairy prices, weak US Treasury yields

Off late the Kiwi dollar is on a tear. The currency continues to climb against its rivals despite weak inflationary