A decline in the exports coupled with a wildfire in the oil sands region (Alberta) weakened the Canadian dollar against the US dollar considerably. The USDCAD currency pair, which was trading at 1.2460 in the first week of May, rose to 1.3187 last week. Since then, the USDCAD had gained 700 pips in a very short span of time. The market was expecting a consolidation or reversal mainly because of a rise in the crude price to $50 per barrel. However, it now seems that the USDCAD is poised for further uptrend because of the following reasons.

On Friday, Yellen gave a brief interview after participating in a ceremony at Harvard University. During the interview, Yellen stated that the Fed would raise rates if the job market remains buoyant and economy grows as expected. The statement was a stark contrast from what she spoke two months earlier. In March, Yellen’s statement was extremely dovish in nature. Now, the announcement would force sellers to wind or decrease their short positions in the USDCAD pair.

Another argument strengthening the speculation of a rate hike is the minutes of the previous Fed meeting. The minutes revealed that almost all the members agree on a June rate hike provided the second quarter numbers are encouraging.

Secondly, the meeting between the members of OPEC is scheduled on Thursday in Vienna. If the OPEC does not arrive at an agreement to freeze the production at this level, then there is a high probability of a decline in the crude price. Analysts are closely watching the position of Iran, which is vehemently refusing to come to an agreement with Saudi Arabia. If Iran refuses again, then a decline in the price of crude is certain. This would further bolster the USDCAD pair.

Finally, the market is waiting for the payroll data for May. The US job market added 160,000 jobs in April. It was lower than the 203,000 jobs added in the previous two months. Even if the payroll data indicate an addition of 160,000 jobs, it would increase the speculation of a rate hike in June. Ultimately, the USDCAD pair would spiral upwards. Thus, fundamentally, the USDCAD pair can be expected to go up in the short-term.

Technically, after nearly five months, the main line of the MACD indicator has crossed above the zero level and the signal line. There is also a minor support for the currency pair at 1.2800 levels. Major resistance exists at 1.3340. Thus, we can expect the USDCAD currency pair to rise further. 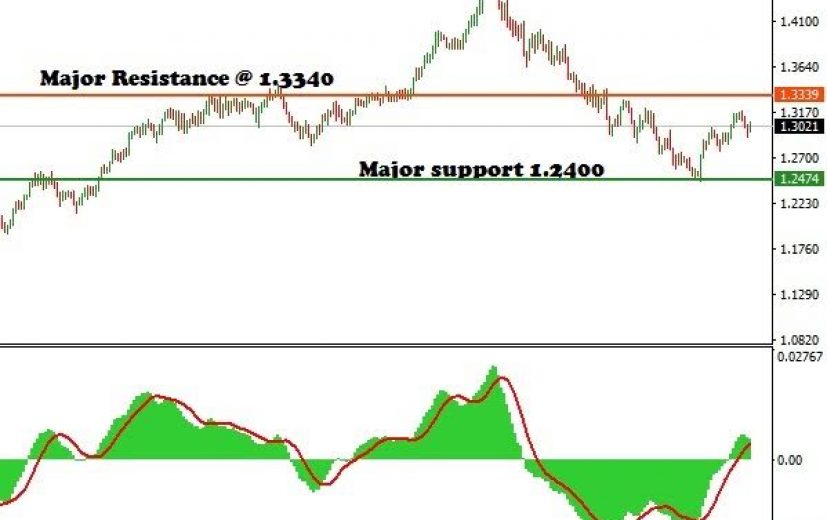 A binary options trader should go for a one touch call option contract to benefit from the probable uptrend in the currency pair. The trader should choose a strike price near 1.3250 as it is almost certain to be touched. Giving at least three weeks time for the contract to expire would be a good idea under the current scenario.

The Mexican Peso has been on a tear for the past six months, against the US dollar. With an appreciation