Until Wednesday, the EUR/NZD pair was in a downtrend, despite the win of Emmanuel Macron in the French elections. Even the strong Sentix investor confidence reading and better than anticipated German factory orders data was unable to push the Euro upwards.

One of the main reasons for the Kiwi dollar to remain strong was the expectation of a hawkish statement from the Reserve Bank of New Zealand, which delivered its monetary policy statement yesterday.

Even though the RBNZ kept the rates unchanged, still, the statement was contrary to expectations, as explained below.

Early last week, David Forrester, FX strategist at Credit Agricole, had stated that the RBNZ may withdraw from its previous stance of keeping the interest rates at record low level of 1.75% until 2019. Forrester’s assessment was based on strong rise in Q1 2017 inflation. The strategist further opined that the RBNZ may even look at the possibility of raising the benchmark rate in late 2018. Expectations in line with Forrester’s forecast kept the EUR/NZD pair in a downtrend.

On Wednesday, the RBNZ acknowledged the recovery in the global economy in the past few months. However, it categorically stated that concerns over surplus capacity and political uncertainty still remains. Furthermore, the central bank opined that the monetary policy would remain accommodative until the challenges are overcome. This turned the sentiment towards the New Zealand dollar bearish.

Similarly, the French trade deficit narrowed to €5.4 billion in March, from €6.4 billion in February. The reported figures were better than market’s expectation of €5.9 billion deficit. Thus, facts presented above indicate that the EUR/NZD pair would remain in an uptrend as of now.

The EUR/NZD pair has broken the major resistance level of 1.5780. Furthermore, momentum indicators such as MACD and stochastic oscillator are rising. Thus, we can infer that the rally is far from completion. 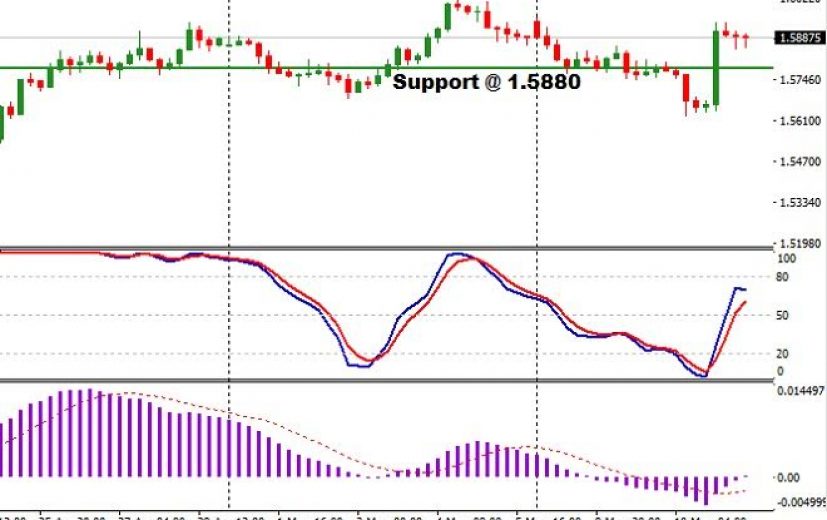 The forecasted uptrend can be traded in the currency market by taking a long position in the EUR/NZD pair near 1.5880. A stop loss order is advisable below 1.5740. If the trend remains intact, profit can be booked near 1.6040.

A call option expiring in a week would be one of the suitable contracts for a binary trader to invest. The contract can be bought when the pair trades near 1.5880 in the OTC market.

The bullish rally in the CAD/JPY pair bolstered the exchange rate by 400 pips to 79.60 in a matter of