The signs of improving economic condition in the Euro zone and the ECB’s decision to decrease the quantum of bond purchases to Euro 60 billion from April strengthened the Euro dollar against the politically charged Pound during the period between December 15th and January 15th.

The temporary weakness in the Greenback, mainly due to lack of details from Trump regarding infrastructure spending, also propelled the Euro against the Pound.

However, the EUR/GBP pair, which is currently trading at 0.8500, is forecasted to decline because of the reasons provided underneath.

The EUR/GBP pair is currently forming the right shoulder of a head and shoulders pattern, as illustrated in the chart. The neckline is at 0.8300. The stochastic oscillator is descending from the bullish zone. Thus, we can expect the cross to once again come down and test the neckline. A break below the neckline would trigger a sharp decline. At the least, a downtrend till the neckline is more or less guaranteed at this point in time.

The Institute for Economic Research stated that the business sentiment has declined among German managers in January. The index reading fell to 109.8, from 111 recorded in the prior month. Analysts had expected an improvement in business sentiment in January with a reading of 111.3. Investors in the Euro zone are also concerned about the rise of nationalism in Europe.

Earlier this week, in the UK, the Supreme Court ruled that the government should consult Parliament before triggering Article 50 of the Lisbon treaty, which allows a member state to exit from the European Union. The ruling against the government created ripples in the currency market. However, it did not last long and the Pound recovered smartly. The reason is that analysts and traders were expecting such a judgement and the decision was already priced in the exchange rate of the Pound.

Now, the Scottish National Party (SNP) has stated that they are ready with their list of 50 amendments to the Brexit related bill. Ultimately, analysts believe that this would lead to a soft-Brexit kind of scenario and favour the Pound.

The UK Office for National Statistics stated that the preliminary GDP of the country increased 0.6% q-o-q in the quarter ended December 2016. The market anticipated an economic growth of 0.5% for the final quarter of 2016. Thus, considering the positive sentiment towards the Pound and negative economic data from the Euro zone, we anticipate the EUR/GBP to decline. 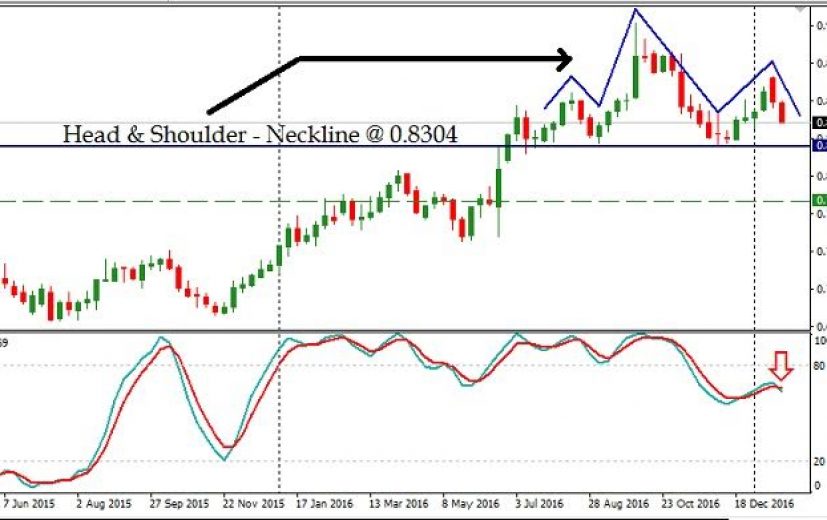 So, a currency trader should go short in the EUR/GBP pair near 0.8500, with a stop loss order above 0.8600. The profit for the short trade can be booked near 0.8310. With a low or below contract in place, a binary trader can look forward to earn a return of up to 70% in a short span of time. The contract should be purchased when the EUR/GBP pair trades above 0.8500. Furthermore, the chances of success would increase if the low or below contract remains valid for a minimum of seven trading days.