UK’s central bank, the Bank of England has said that the Brexit vote has resulted in significant risks to the country’s financial stability. The bank made this statement as it moved forward on its proposal to release £150 billion towards lending for businesses and consumers through relaxation of the existing regulatory requirements for banks.

The Bank released its annual financial stability report and said in its assessment that the risks to the economy predicted prior to the Brexit were becoming clearer now. Banking stocks have declined by 20 percent after the exit, while the pound sterling had dropped to 31-year low, threatening to fall lower than $1.30.

The Bank is closely monitoring several sectors including mortgage lending and commercial property where major funds have barred investors from taking out their investments. It is also keeping a watch on the current account deficit and household debt burdens.

In a statement, Mark Carney, governor of the Bank of England said

The number of vulnerable households could increase due to a tougher economic outlook and a potential tightening of credit conditions. In particular there is growing evidence that uncertainty about the referendum has delayed major economic decisions, such as business investment, construction and housing market activity.

Carney has indicated earlier that there might be a cut in the interest rate and a final decision will be taken in coming weeks. According to Carney, the UK has entered into a period filled with considerable uncertainty and economic adjustments. He has asked households to be prudent and cautious in their financial decisions such as taking on mortgages only as much as can be serviced by their family in tough times.

The Bank has also taken steps to ensure that there is no repeat of the 2008-09 financial crises when lending activity was frozen by banks. It has relaxed the requirement which required banks to hold £5.7 billion of their capital with the central bank. This will free up the banks’ capacity to lend by £150 billion. It has also committed to offering cheap loans to banks and has eased up requirements for insurance companies.

Carney has however said that the central bank alone cannot act to stabilize the market. He said that other stakeholders in public and private sectors must take steps to revive the economy. Frances O’ Grady, the general secretary of the TUC, which is the trade union umbrella group said that the government must kick start infrastructure projects including building the third runway at Heathrow to stabilize the economy. 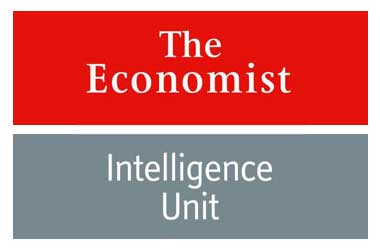 The UK’s current account deficit has reached £32.7 billion for the fourth quarter of 2015 according to latest reports from