The tremendous downward pressure created by the result of the Brexit referendum saw the Pound crashing to three decade low of 1.3120, from a high of 1.5017 recorded on June 24th . While the market was expecting a commendable relief rally, new developments in the UK, as explained below, seems to have put an end to the hopes of optimistic analysts, at least for the time being.

Less than a week after the announcement of the Brexit result, the Bank of England’s chief Mark Carney, in an effort to pacify the market, stated that further easing measures are very much needed to uphold the confidence among the investors.

The current indicative Central bank interest rate in the UK is 0.5%. Carney further said that during the July policy meeting an initial assessment of the economic situation will be carried out, while an in-depth review will be carried out in August.

While anticipating easing measures only in August, Carney stated that he will not oppose an early decision in that direction. The statement is expected to trigger further weakness in the Pound in the coming days. Carney also opined that the BoE has a range of tools to implement its decision. Market participants interpret this as an indication of the beginning of another round of bond purchases. On its part, the European Central Bank stated that it is also looking at the possibility of further easing measures through bond purchases.

Naturally, when there is trouble in major economies, the US dollar would strengthen. Thus, fundamentally, it is wise to remain bearish on the GBP/USD pair. Technically, the stochastic indicates a heavily oversold situation. The GBP/USD currency pair continues to move within the declining channel. Minor resistance exists at 1.3821, while the probable support is at 1.2950. Major resistance zone for the currency pair is between 1.5258 and 1.6200. Thus, before the trend reversal begins, we can expect the GBP/USD to test the support level of 1.2950. 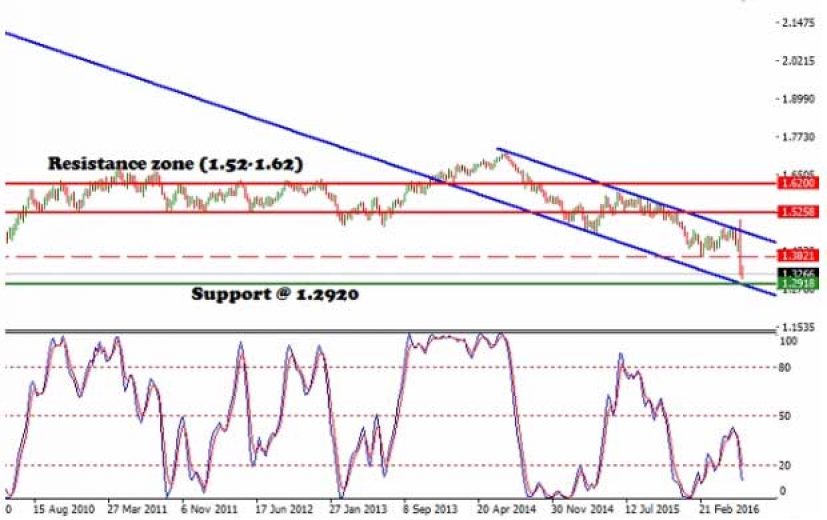 So, a forex trader should go short near 1.3300, with a compulsory stop loss order at 1.3560. The short position should be closed near 1.2950. Since the reversal would happen quickly after touching the support level, a binary trader should choose only a one touch put option for monetary gains from the downtrend. The put option contract should preferably have a strike price of 1.3000 or higher. A date around mid-July would be the ideal choice for the expiry period for the contract. 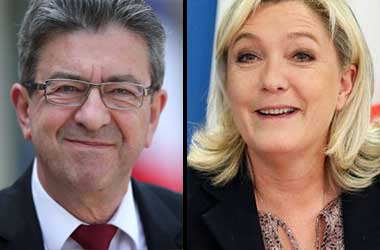 The Pound lost almost 17% against the Danish Krone in the past six months. Well, it does not need a