The pound sterling has been rather stable from the start of 2017 trading between $1.20 and $1.27 against the dollar and around €1.16 to €1.18 against the Euro but a recent report showing the decline of the UK Manufacturing sector in March has caused the pound to slip.

The British economy has been rather resilient in the midst of the 2016 Brexit vote but it appears that the economy might be finally caving into the pressure.

The purchasing managers' index (PMI) based on a Reuters survey estimated it to be around 54.6 for the first quarter of 2017 but based on the results from Markit, it ended up at 54.2. This was the third consecutive month that the manufacturing sector had fallen behind due to slow export orders and rising inflation.

The manufacturing segment in the UK had a strong final quarter in 2016 as the pound dropped significantly and registered its lowest value in 31 years. Prime Minister Theresa May triggered Article 50 on 29 March and financial analysts believe that the pound will recover and once again start behaving in a stable way.

While there has been a lot of doom and gloom reporting over the possible Brexit, financial analysts at Barclays, Nomura and Citi believe that if US President Donald Trump’s proposed reforms face hurdles and if the European Union and Britain go through a smooth brexit, the pound will respond well.

In a statement, Adam Solomon, the head of trading at TorFX said

Suddenly, there is a sense of optimism that negotiations between the EU and the UK won’t be as fraught and some form of interim trade deal could materialise. If big banks start advising their clients to unwind short positions and start betting on the pound, the prospect of a move north of 1.20 will increase.

The biggest concern that many had over Brexit was the massive deficit that Britain has which stands at 7 percent. The Commodity Futures Trading Commission released data last week that revealed that speculators had cut down their high bets against the pound last week as they believe the shortfall in finally coming down.

Britain also saw an increase of 110 billion pounds in foreign investment and a reduction in its current account deficit percentage points which has further helped to reduce the fluctuations of the pound and bring more stability to the economy. 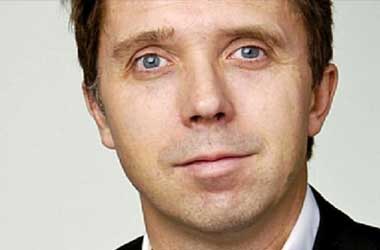