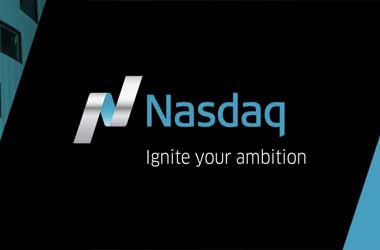 In a landmark event, Nasdaq conducted its first share sale recently by making use of Linq, an innovative private markets blockchain solution. This breakthrough transaction was carried out by Chain.com, which used the Linq blockchain ledger to transfer shares to a private investor and issue record of ownership. The blockchain system is the technology that serves as the foundation for transactions involving the digital currency, Bitcoin.

Bitcoin was launched in 2009 and is a peer-to-peer digital payment system that has had a volatile history. Over the past few years, Bitcoins are becoming far more mainstream with many merchants and even banks accepting bitcoins as a currency.

The Bank of England recently announced that it has developed a blockchain team and is also exploring new ways to utilize the technology. In September we brought you news that Innovate Finance was to launch a blockchain lab with the Hartree Centre.

Simply put a blockchain is a distributed public ledger. Under this decentralised ledger system, each bitcoin transfer is recorded, verified and added as “blocks”. It is then distributed to multiple network “nodes” thus forming a public database. The biggest advantage this system provides is that there is no need of a central clearing house or any other middlemen. There are a number of banks and financial companies who are interested in blockchain technology as they believe that it can be used for a number of industries apart from Bitcoins.

Launched in October 2015, Linq is Nasdaq’s attempt to test this innovative technology in share transfers. It is currently being utilised to handle shares in pre-IPO companies. In conjunction with other investors, Nasdaq is investing around $30m in Chain.com to identify other uses for distributed ledgers in financial transactions. Chain.com became the first company to use Nasdaq’s Linq platform when it successfully concluded the transaction.

In a statement, Bob Greifeld, Chief Executive of Nasdaq, said,

Through this initial application of blockchain technology, we begin a process that could revolutionize the core of capital markets infrastructure systems. The implications for settlement and outdated administrative functions are profound.

There are multiple advantages from using this system. The technology can significantly cut down time involved in clearing and settlement, from the current “T+3” or three days to “T+0” or within minutes. It also boosts transparency as result of removing the layers of middlemen. Additionally, this transfer method allows all documentation, for both the issuer and investor, to be completed and executed online.

A number of industries like the organic food and jewellery industry are looking at experimenting with this new financial blockchain technology as the ownership chain remains visible although encrypted allowing for only legitimate sales to be accepted. The interest in this new financial technology is being pursued by countries outside the United States as well.