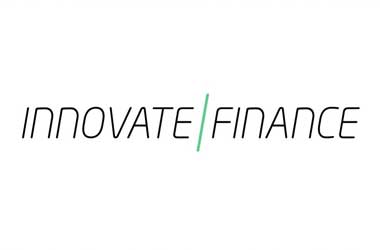 In August, David Cameron, the prime minister of Britain expressed his appreciation of the Innovate Finance Manifesto: 2020, which was released by Innovate Finance (IF), an organization that focuses on the promotion of the UK as a global digital fintech hub.

In its Manifesto, Innovate Finance provides a broad framework for innovation in digital fintech without detailing any technology.

But now, the organization has announced that it will establish a blockchain laboratory in collaboration with Hartree Centre, a high-performing data analytics and computing research facility launched by the Science and Technology Facilities Council (STFC) of the government of UK.

The project forms part of a research collaboration with International Business Machines Corporation (IBM), a global computer technology firm based in the US.

We are excited about the prospect of our members openly collaborating to deliver use cases to the wider community. If we can use the lab to develop open standards for the blockchain in financial services, we will be moving one step closer to accelerating the mass adoption of this breakthrough technology.

In a video taken at a recently held event called Blockchain Day, fintech innovators point out blockchain technology’s transformative potential, focusing on Bitcoin 2.0 technologies that can be used for “trustless” applications and “smart contracts,” in which interoperation is possible without the element of trust.

This is a formidable partnership built on expertise and a hunger to develop innovations that can have a meaningful and sustainable impact on the financial services sector and the UK economy.

The new blockchain lab is expected to become functional by October. The government of UK approves Innovate Finance’s efforts to promote the country as a global fintech leader. The Bank of England, in collaboration with the UK government, supports innovations in blockchain technology. IBM, which isn’t new to the technology, wants to integrate its high-performance computing (HPC), artificial intelligence, and big data analysis technologies in future developments in blockchain technology.

David Stokes, IBM CEO in UK and Ireland, said that humankind is on the verge of stepping into a new age of cognitive computing, in which open innovation approaches and advanced data-centric computing models will permit technology “to greatly augment decision-making capabilities for business and government.”

He further said that the collaboration will facilitate the use of OpenPOWER and Watson technologies to widen “the boundaries of Big Data and cognitive computing.”