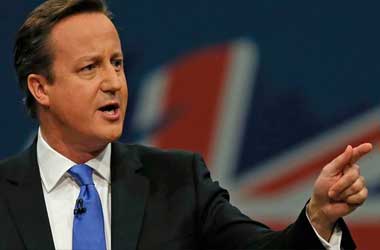 The UK prime minister David Cameron has targeted the strategy used by foreigners to wash their dirty money in the UK buy investing it into the luxury property market. The scheme is a pretty straightforward method of money laundering when foreigners from different parts of the world want to take their dirty money, wash it and then reuse it.

Most of these foreigners create shell companies that are anonymous and then use it as a front to purchase high end properties in the UK for millions of dollars. The will later go on to sell those properties and have a valid sales deed to account for their money.

Prime Minister Cameron gave a speech on anti-corruption in Singapore in July and highlighted the fact that a number of foreign nationals are targeting UK properties, especially in London where property rates are at the highest.

Transparency International, a group that campaigns for transparency on all proposals has highlighted the fact that in Central London, it is estimated that one out of every ten properties are owned by anonymous shell companies that are registered in offshore locations. The organization states that properties estimated to be around £120 billion are owned by these offshore companies in Wales and England. Cameron has stated that he will fight to ensure that UK does not turn into haven for dirty money launders.

Transparency International has stated that one of the reasons why foreigners are able to wash dirty money in the UK is because they are able to get banks and lawyers to work on their behalf.

The company called on the UK to roll out laws that will force both banks and lawyers to be more transparent in their dealing to ensure that dirty money cannot be easily washed in the UK.

In a statement, Cameron said

Cameron plans to create a new public land registry that will require all offshore companies to register all properties that they own. The new registry is expected to implement sometime during 2016 and will provide detail information about these offshore companies. Property analysts believe that when this change is rolled out, it could control rising property prices in London and give middle income families a chance to move back into London.