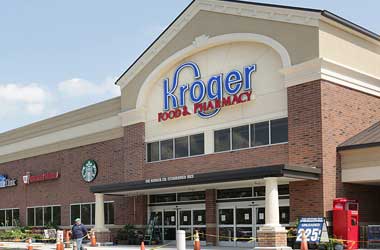 Last Thursday, grocery chain Kroger Co. (KR) reported an increase in the 2016 first-quarter earnings, compared to the similar period last year. The earnings also beat the Wall Street estimates. However, the stock price has fallen from a high of $36.98 to $34.47 in the past three days. A detailed look at the earnings report reveals the reason for the bearishness in the stock.

For the full year 2016, Kroger anticipates earnings per share in the range of $2.19 to $2.28. The company also gave its pessimistic view on earnings. Considering the current fuel margin trends, Kroger expects earnings to come at low-end to the mid-point of the guidance range. Kroger continues to face inflation headwinds and is unsure about the time of recovery. The company also forecasted the fuel margin to remain below the five-year average. More importantly, Kroger has said that the second (current) quarter will be the weakest for the company in 2016. The supermarket operator also acknowledged the fact that the customers bought fewer items every time they visited the store.

Kroger is yet to complete the integration of the stores it received through the acquisition of Roundy’s Inc. last year. Competition from Wal-Mart has forced the company to lower the price of staples such as bread and milk. Thus, fundamentally, the share price of Kroger would remain range bound with negative bias.

The price chart clearly reveals that the stock continues to move within the boundaries of the declining channel. Furthermore, there exists a strong resistance at 38 levels. The RSI indicator is also pointed downwards with a reading below 50. Finally, the stock is also trading below the 50-day moving average. Thus, we can expect the stock to decline until the major support at 29.50. 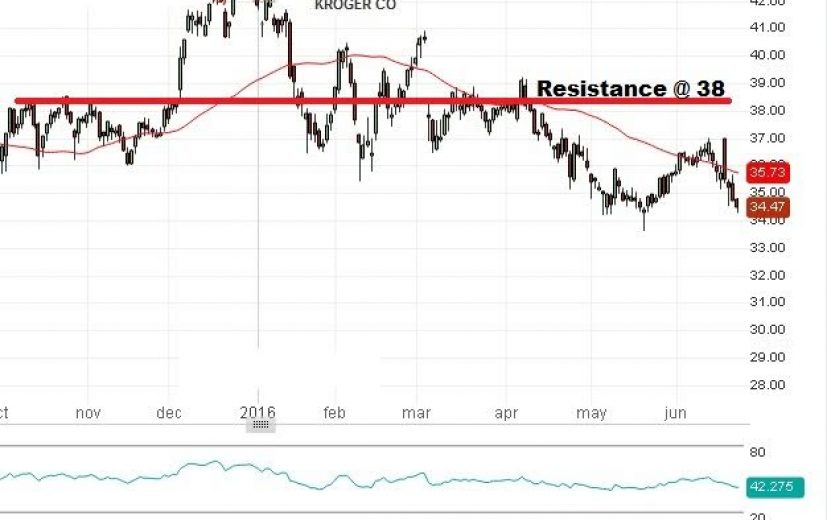 So, presently, a binary trader should consider the possibility of purchasing a one touch put option. The target level for the trader should be certainly above $29.50. Finally, a four week time span is definitely needed for the contract’s expiry.

Barclays Bank Could Be Hit With Another $100 Million Fine

Barclays Bank Plc and a number of other U.K banks such as the Royal Bank of Scotland and Standard Chartered

International Electronic Companies To Invest Billions To ‘Make In India’

Is Royal Bank of Scotland about to sell off Coutts?

Probably the most famous person with a Coutts bank account is HM the Queen, and this Royal Bank of Scotland