Despite going past the earnings and revenue estimate of analysts, the shares of ExxonMobil (XOM), the fourth largest company in the world by market capitalization, are not expected to turn buoyant in the short-term due to unresolved issues in the oil industry. The shares closed marginally up at $89.13 on Monday. Any recovery in the share price of ExxonMobil should be used as an opportunity to initiate short positions or exit long trades due to the reasons discussed below.

For the fiscal 2016 first-quarter, the company reported a decline in revenue to $48.71 billion, from $67.62 billion in the similar period of fiscal 2015. The first quarter revenue estimate of analysts’ was $48.14 billion. During the first-quarter, the company made a net income of $1.8 billion or $0.43 per share, compared to $4.9 billion or $1.17 per share in the year-ago similar period. The company’s earnings comfortably went past the analysts’ estimate of $0.31 per share.

Similarly, for the first-quarter, the downstream segment of Exxon reported earnings of $906 million, down $761 from the prior-year similar period. Weaker margins negatively impacted earnings by $860 million. In particular, the US downstream earnings in the fiscal 2016 first quarter declined to $187 million, from $567 million in the fiscal 2015 first-quarter. The non-US downstream first quarter earnings were $719 million, down $381 million from the first-quarter of fiscal 2015. But for a favorable foreign exchange effect of $90 million, the downstream earnings would have been much worse. The company’s operations were also affected by regulatory restrictions in Netherland.

Apart from the poor performance in both upstream and downstream segments, the company earned $1.4 billion from the chemical segment. This constitutes about 74% of the total income of the company during the first-quarter. The analysts feel that it’s not justifiable for oil and gas company to derive the majority of its income from the chemical segment. In fact, Pavel Molchanov, the analyst at Raymond James, downgraded the stock specifically stating that too much dependence on chemical business does not augur well for the company.

The rationale behind the decision is that given such a huge dependence on the chemical business, the analysts’ argue, a recovery in the price of oil may not bring much difference to the overall performance. Thus, the company can be hardly classified as an oil company. So, fundamentally, the share price is expected to remain range bound with bearish bias.

For most part of last year, as the chart indicates, the share price was confined between $75 and $85. The RSI is nearing the overbought region. The share price is almost 1% above the 50-day moving average. This indicates that a technical correction would begin soon. 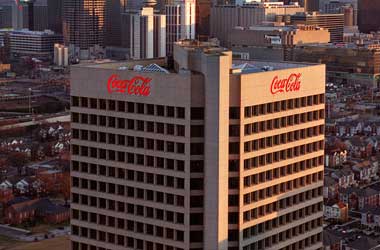 Higher than anticipated revenue and earnings in Q4-2016 pushed the stock price of Coca-Cola Company (NYSE: KO) to a high

The Deutsche Bank AG (NYSE: DB) is expected to announce its fiscal 2016 fourth-quarter results around February 4th. The bank