Home > News > Binary > Audette Steps Down as CFO of E*Trade, Pizzi Takes Over

Audette Steps Down as CFO of E*Trade, Pizzi Takes Over 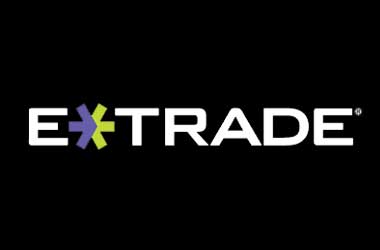 Thanks to the restructuring that had taken place for years after the economic crisis, the value of E*Trade’s stock has increased. In the past year alone, its stock has risen by 45%, chiefly as regulators approved its capital plan recently and shareholders remain optimistic that the company will earn more after interest rates rise later in 2015.

Pizzi announced that he will focus on the utilization of the $258 million accumulated by E*Trade before March 31. He said:

Capital deployment is number one top of mind.

The company is currently toying with the idea of buying back stocks, capital investments, and dividends, but hasn’t come to a decision on exactly how it intends to use its cash.

Matthew Audette, who became E*Trade’s CFO in early 2011, will accept his new role of CFO of LPL Holdings on September 28. LPL, the biggest independent brokerage firms in the US, has its offices in Charlotte, San Diego, and Boston. Audette, who is now 41 years old, said:

If there was a time to go to another company, now would be the time.

E*Trade has been successful in repaying its debts and reducing its loans to $1 billion from $800 million. But Pizzi will have to deal with the close scrutiny of the Financial Industry Regulatory Authority, which is examining the company’s practices. The regulator had sent a Wells Notice to the company in March, and the company had responded that it would cooperate.

In the meanwhile, Audette has clarified that his decision to the leave the company is totally unrelated to this notice.

Paul Brandow, E*Trade’s senior adviser, will take over as the chief risk officer on a temporary basis till the company finds someone who will take over the role permanently.

Mark Casady, the chief executive officer of LPL, said that the company is not free from regulatory problems, owing to which it had to hire an experienced person as its chief financial officer. He said

Audette has seen the best of times and the worst of times as a CFO and that makes him incredibly valuable to a company like LPL.