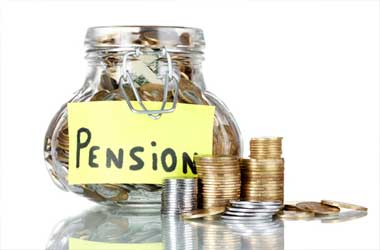 The FTSE 100 in London declined by over two percent on the 4th of January 2016 due to a China market crash causing widespread panic and a wipe-out in excess of £38 billion and immediately put a strain on the value of pension funds in Britain. This massive wipe-out was the worst New Year start for Britain in over a century.

The FTSE wasn’t the only market that suffered due to the sharp decline in the Chinese markets as markets worldwide have witnessed a sharp decline after the Chinese stock exchange was forced to stop trading after the CSI 300 Index recorded a 7 percent drop. The CSI earlier stopped trading for 15 minutes when it recorded a 5 percent drop but the 15 minute suspension did no good for Chinese stocks.

With a number of FTSE 100 companies heavily exposed to China’s economy, UK markets are not immune as evidenced by the recent volatility in FTSE. In August 2015, FTSE dropped by three percent erasing around £60 billion of its worth at that time. This has the UK pensioners worried given the exposure of the pension funds to equities, both domestic and overseas.

UK pension funds typically deliver returns in the range of 11 percent. Although over the years, UK pension funds have reduced exposure to equities moving to bonds and gilts, it still forms a key portion of the portfolio. According to the Pension Fund Indicators 2015 released by UBS Global Asset Management, UK pensions in 2014 have an exposure of 43 percent to equities, out of which 16 percent is in domestic equities.

Such exposure signifies that market selloffs affect the value of the funds considerably. Young investors are not affected much by the volatility as it would largely even out in the long term, but older pensioners who depend on the income from the fund, either through dividends or cash withdrawals, are at significant risk.

In a statement, Tom McPhail, head of retirement policy at Hargreaves Lansdown, said,

For those close to or in retirement, this market turbulence highlights the importance of maintaining a cash reserve and of not leaving yourself in a position where you have to sell shares today to provide an income tomorrow.

Pensioners unfortunately have no choice but to brace themselves given that the market volatility is expected to continue.