There are two main reasons for the decline: the victory of Donald Trump in the US Presidential election and the US Fed’s outlook of three rate hikes in 2017.

The Kiwi exporters are afraid that the US President-elect’s protectionist policies may seriously affect their business growth. Furthermore, the announcement of three rate hikes seriously eroded the attractiveness of the New Zealand dollar as a carry trade currency.

On the other hand, the implementation of production cuts by OPEC and other oil producing members propelled the price of crude oil to about $55 per barrel. This paved way for the strengthening of the Canadian dollar. We anticipate the NZD/CAD pair to decline further due to the reasons provided underneath.

The crude fell to a low of 50.60 earlier this week. The decline was mainly due to the argument made by analysts that even if the production cut goes as planned, it would take at least a year to clear the excess inventories. Still, the NZD/CAD pair only moved within a range. Due to inherent weakness, the New Zealand dollar was unable to strengthen much against the Canadian dollar.

On Wednesday, there was a report that Saudi Arabia has officially taken a stand to cut a portion of the contracted (February delivery) supplies (February contract) to Malaysia and India. The crude price has already begun to firm up once again based on the news.

The historic price chart indicates firm resistance for the NZD/CAD pair at 0.9400. On the downside, support exists at 0.9050. The negative reading of the MACD histogram reflects the underlying weakness. 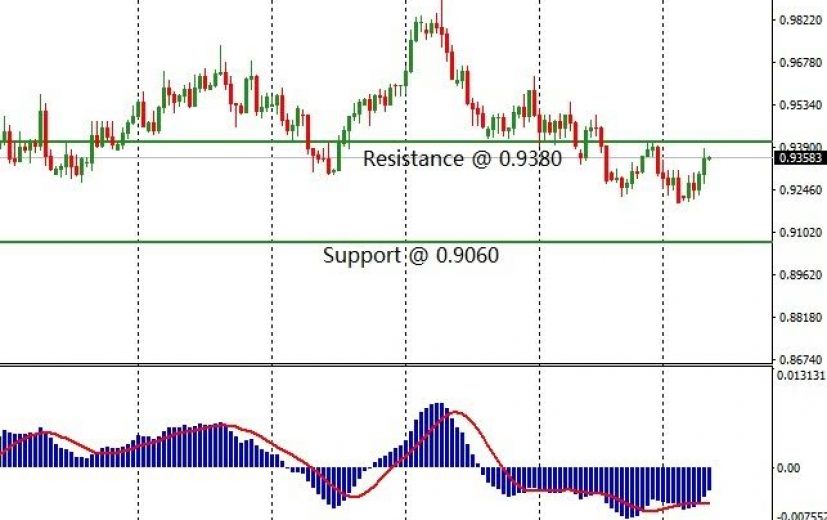