The successful launch of the Model 3 car, aimed at the mass market, by electric vehicle manufacturer Tesla Inc (NASDAQ: TSLA) kept its stock bullish until mid-September.

However, the stock has been on a decline, after recording a new 12-month high of $389.61. Last week, the stock fell 7.6% to close at $350.63. Investors are concerned about the time required for Tesla to rake up production.

Additionally, as discussed below, there were some negative developments related to its solar venture as well. Thus, we expect the stock to remain bearish in the short-term.

Last Friday, the US Justice Department announced that SolarCity, a subsidiary of Tesla, has agreed to pay $29.50 million to settle allegations that it had inflated solar panel installation costs to receive larger payments.

The claims were part of an expired stimulus program ran by the US government to promote the use of renewable energy. The Justice Department has clarified that Tesla’s settlement is not an admission of guilt.

Tesla had counter sued the US government claiming that the latter owed money to the company as per the appraisal done by independent surveyors and investors. Following the out of court settlement, Tesla would withdraw its plea. Still, Tesla’s nod to dish out about $30 million may not go well with investors.

Reflecting the massive change in consumer behavior, Daimler stated that it would spend $1 billion to start manufacturing electric vehicles under the Mercedes-Benz brand. The production will be done at Daimler’s factory in Alabama. That would pit Daimler’s electric sport vehicle against Tesla’s Model X on the home turf. Earlier this month, as a part of the Euro green car roll out, Mercedes unveiled an electric hatchback at the Frankfurt auto show.

Investment research firm Jefferies opined that Tesla would continue to lose money until 2020. Jefferies also pointed out that even the battery manufacturing is a low margin business, after taking into account the effects of material cost inflation.Analysts at Jefferies anticipate Tesla to end 2019 with a net loss of $3.26 per share. On the basis of the headwinds faced by the company, Jefferies have downgraded the stock and has given a price target of $280. Thus, fundamentally, we expect a decline in the stock price in the short-term.

Technically, the stock has broken the support at 367. Furthermore, the RSI indicator has crossed below the reading of 50. Thus, we can expect the downtrend to continue. The next support for the stock is at 329. 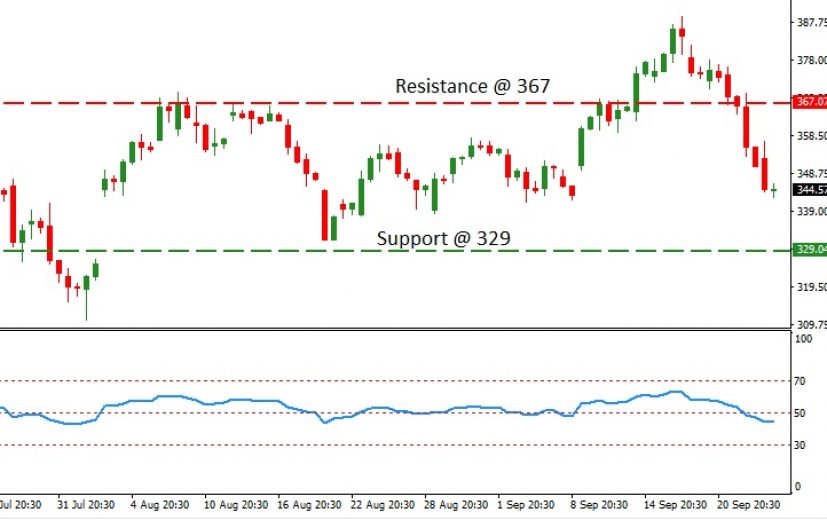 To capitalize on the analysis, we wish to invest in a low or below option contract, valid for a week. We are targeting an entry near $349. 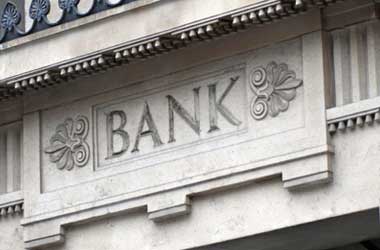 Despite a weak outlook for crude oil, the stock of the world’s largest publicly traded company Exxon Mobil Corp (NYSE: