Tesla ripe for bounce back on attractive valuations

We had forecasted a decline in the share price of Tesla Inc. (NASDAQ: TSLA) on July 3rd, on the basis of a planned introduction of electric cars by auto manufacturers such as BMW, and delivery related hurdles.

We had also mentioned our intention to invest in a put option when the stock is trading near $370 in the equity market. In a week’s time, the stock has fallen to about $301. Correspondingly, the put option expired in the money. Now, we expect a short-term recovery in the stock due to reasons provided below.

According to global investment firm Goldman Sachs, Tesla may fall below its production targets for 2017.

The argument stems from the fact that Tesla’s second quarter deliveries of approximately 22,000 cars were lower than their own in-house estimates of 23,500 units. The deliveries number also missed the Wall Street consensus of 24,200.

On the basis of concerns over slower growth, Goldman Sachs has slashed the annual growth estimate for the Model X and Model S cars to 5% until the end of 2021, from the prior estimate of 13%. The investment firm has also predicted that the total number of deliveries would fall below the psychological mark of 100,000.

The view of Goldman Sachs was echoed by investment research firms such as Bernstein, KeyBanc Capital and Cowen. Goldman Sachs’ analyst David Tamberrino also reiterated the “sell” rating of the stock, while lowering the six month price target to $180, from $190 issued earlier.

However, Tesla has clarified that it failed to meet the second-quarter delivery targets mainly because of issues related to a 100 kilowatt-hour battery pack production. Last week, Tesla’s CEO Elon Musk stated that it has received all the necessary regulatory approvals, two weeks ahead of schedule, for its mass market car – Model 3.

Musk also confirmed that the first 30 Model 3 cars will be handed over to customers on July 28. More importantly, the company confirmed that it will increase the production to 20,000 cars per month in December. In September, Tesla plans to manufacture 1,500 cars. The company has bookings for 500,000 Model 3 sedan. Notably, the company is still aiming to deliver 50,000 units of Model X and Model S cars in 2017. Tesla is also ramping up production at its Gigafactory facility, which manufactures batteries. The company is forecasting a delivery of 1 million cars in 2020. Thus, considering these developments, fundamentally, we can expect a short-term recovery in the share price.

The price chart indicates strong support for the stock at 302 levels. The stochastic oscillator is in the oversold region. Thus, we can expect a short-term bounce back in the stock of Tesla. 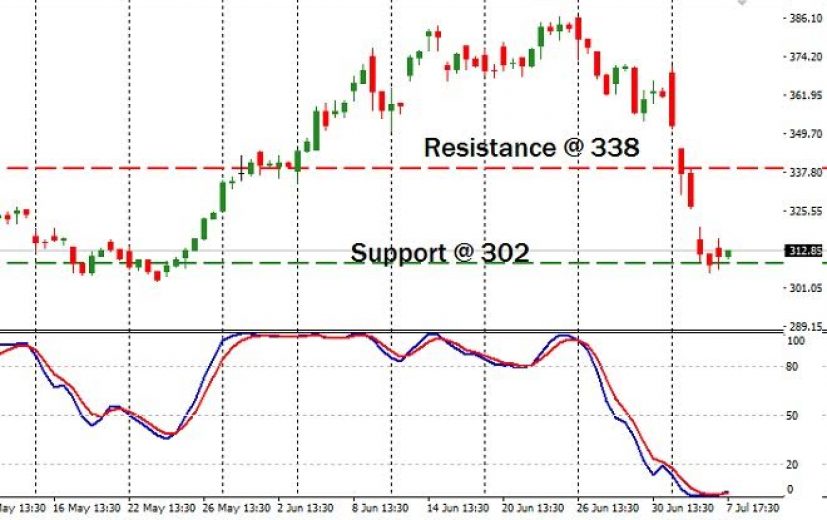 We wish to trade the forecasted uptrend by placing a bet on a call option offered by a suitable binary broker. A strike price of about $300 and a contract validity period of one week is preferred. 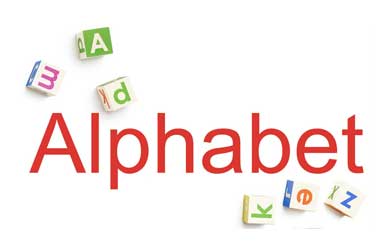 Google has reported stronger than expected fourth-quarter results, beating analyst estimates as a result of improved performance of its core

The U.S stocks opened higher after the release of the positive regional data that gave confidence to investors to trade