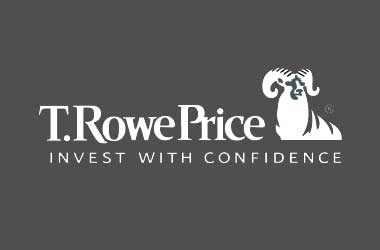 T. Rowe Price Group is testing things out by daily sending some of its orders to Virtu Financial Inc., a high-frequency company.

T. Rowe Price Group, which has its offices in Baltimore, hasn’t hidden the fact that it is dead against what it calls the “predatory” strategies of high-speed traders.

Since it is now experimenting with Virtu Financial, one can safely assume that bigger investors are now becoming increasingly willing to adapt to an ultrafast and fragmented stock market.

A broker called Themis Trading LLC, which was co-founded by Joseph Saluzzi and Sal Arnuk, is also involved in the trial. In 2012, the co-founders of Themis published a book titled “Broken Markets: How High Frequency Trading and Predatory Practices on Wall Street Are Destroying Investor Confidence and Your Portfolio.”

The test began early in 2015 after the three companies held talks about the challenges of routing orders in a fragmented market with dozens of exchanges and over 40 private trading venues involved. Andy Brooks of T. Rowe Price Group said that the group manages around $733 billion and that less that a percent of its traders are involved in the test.

In doing this experiment, we wanted to access the markets in a different way using a firm without conflicts and state-of-the-art technology. Every day, we’re trying to figure out how do we do a better job. We can’t wait for the regulators or other market participants to repair the markets.

Conducting experiments in a bid to improve its trading abilities is not new to T. Rowe Price Group. While the firm has been critical of market complexity, it has carefully refrained from criticizing high-frequency firms. Testifying at a hearing scheduled to discuss high-frequency trading in June 2014, Brooks had stated that his company was more concerned about

predatory strategies in the marketplace that have been enabled by our overly complex and fragmented trading markets.

Virtu is among the biggest high-frequency trading companies in the world. The firm makes use of private microwave telecommunication networks and high-speed computers to trade on over 200 venues all over the world. It is a specialist in market making, which means that it purchases and sells securities to capture the tiny spread between prices. While Virtu refused to comment, Saluzzi and Arnuk of the New Jersey based Themis Trading have publicly expressed their criticism of strategies used in high-frequency trading and the general condition of the US markets.