The oil rout, primarily driven by worries about China’s economic growth and high inventories, has weakened the Canadian dollar against several currencies, but not against the Yen, which is even weaker due to the accommodative policy of the Bank of Japan.

In the past three weeks, the CAD/JPY pair has moved from a low of 80.86 to a high of 84.54. Despite a weak outlook for oil, we still anticipate the Canadian dollar to strengthen further against the Yen due to reasons given below.

According to Carolyn Wilkins, Bank of Canada’s senior deputy governor, the two rate cuts announced in 2015 has enabled the economy to adjust and show signs of recovery amidst the weak price for oil.

She further pointed out that if the economy recovers as anticipated, the governing council will consider removing the current stimulus. The hawkish statement followed an upbeat economic outlook issued by the Bank of Canada last month.

According to Statistics Canada, retail sales grew 0.8% to $48.6 billion in April. Excluding the sales of motor vehicles, sales increased 1.5%, compared with a 0.1% decline last month and greater than analysts expectation of 0.6% growth. After removing the effect of price changes, retail sales volumes were up 0.3%. The BoC is expected to meet next month to decide the monetary policy. Expectations of a rate hike have increased on the basis of comments from policy setting members and positive economic data.

The oil market, in the meanwhile, saw some recovery, with crude closing at $43.16 on Friday, from $42.03 on Wednesday last week. The recovery in the oil market is expected to positively impact the Canadian dollar.

In the case of Japan, during the monetary policy meeting conducted in mid-June, the Bank of Japan’s governor Haruhiko Kuroda retained the accommodative policy and pledged to keep asset purchases at around 80 trillion Yen ($727 billion).

Earlier last week, the Japanese Ministry of Finance reported a trade balance of 0.13 trillion Yen in May, versus analysts’ expectations of 0.35 trillion Yen and lower than the previous month’s surplus of 0.16 trillion Yen. The seasonally adjusted trade data indicated that the exports remained flat, while the imports increased 0.3%. The hawkish statement from the BoC’s deputy governor and positive economic data is expected to keep the Canadian dollar bullish against the Yen.

The currency pair has almost formed a double bottom pattern, as indicated in the image below. Furthermore, a minor support exists at 83.80. The MACD indicator is also making new highs above the zero line. Thus, we can expect the CAD/JPY pair to move up further. 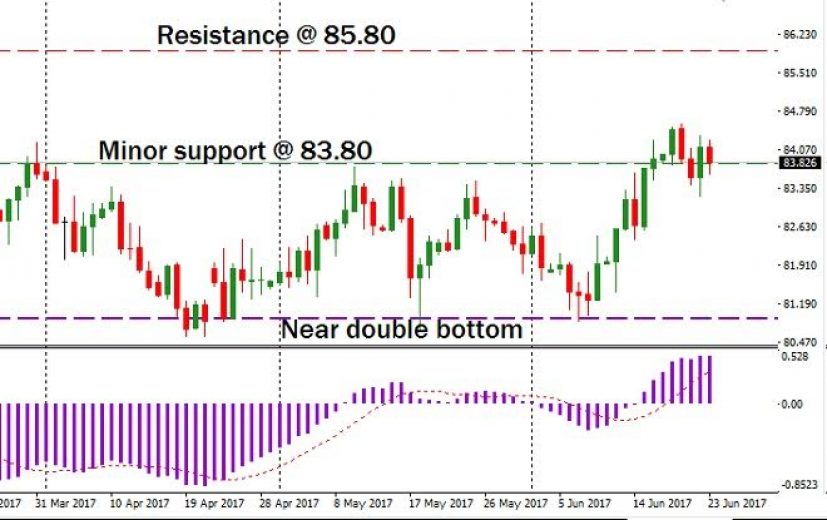 In order to gain from the anticipated uptrend, we are planning to open a long position in the CAD/JPY pair near 83.80, with an aim to book profit near 85.80. To have a control over losses, we will place a stop loss order below 82.80.

We are also considering buying a call option when the currency cross trades at about 83.80. The pre-conditions for buying the call option is a strike price of about 83.80, and an expiration date around July 5th 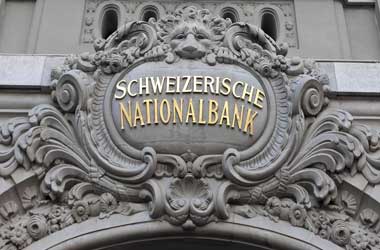 On July 7th, we had recommended taking a long position (or one touch call option), with a target of 82,