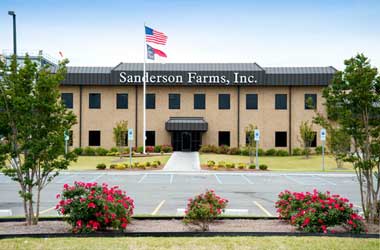 The shares of poultry farming company Sanderson Farms, Inc. (NASDAQ: SAFM) hit a 12-month high of $99.40 after the company announced its fiscal 2016 third-quarter earnings that beat the analysts’ estimates by $0.07. Considering the y-o-y decline in the revenues and the rise in the price of the primary feed ingredients, we believe that the share price would remain subdued during the current quarter. On Tuesday, the last traded share price of Sanderson was $97.44.

The Laurel, Mississippi-based company reported fiscal 2016 third-quarter revenue of $728 million, down from $739.93 million in the corresponding quarter of fiscal 2015.

Since the quarterly results are mixed and give a vague picture of the company’s performance, let us look at the performance of the company so far in the fiscal 2016. During the first nine months of 2016, the distributor of frozen chicken posted net sales of $2.03 billion, down from $2.12 billion in the prior year’s similar period. Sanderson’s net income also plunged to $113 million or $5.01 per share, from $188.63 million or $8.28 per share in the first nine months of fiscal 2015.

Compared to last year, the company also realized mixed prices for products from factories that process bigger birds. As far as feed ingredients are concerned, Sanderson paid 2.5% more for the cornmeal, compared to Q3 2015. However, it was balanced by a 6.9% y-o-y decline in the price paid for soybean meal. Still, the company was unable to post top line growth in the third-quarter. Sanderson anticipates the plant being constructed at New Carolina to come into operation only in the first-quarter of 2017. The unimpressive performance indicates that the share price would remain range bound with bearish bias in the current quarter.

The stock has technically formed a shooting star candle pattern as indicated in the chart. The stochastic indicator, with a reading of about 85, is retreating from the overbought region. Thus, we anticipate the stock to decline back to retest the support at 88. 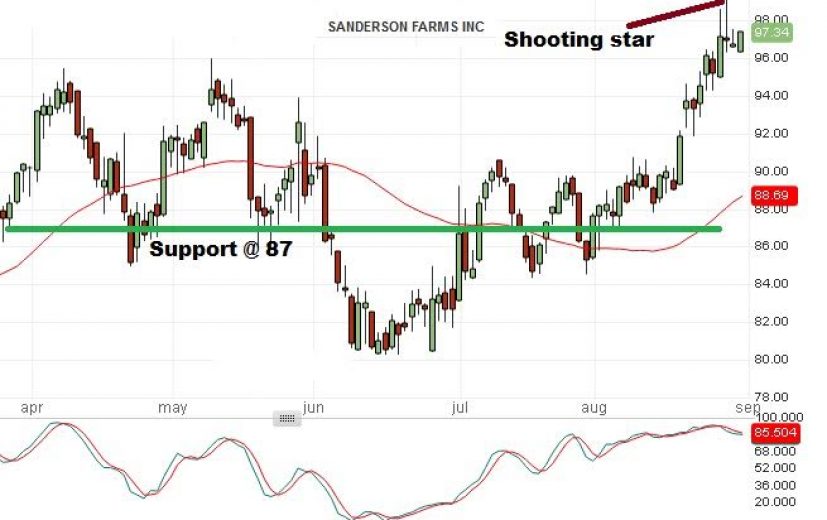 With this in mind, we suggest purchasing a one touch put option to benefit from the trade. The lowest price for the put option trade should be $88. Likewise, the binary trader should look for a contract, which remains valid till the end of September. 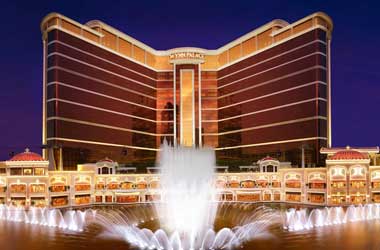 Wynn Resorts to rise on increase in Macau gaming revenue

Casino operator Wynn Resorts (NASDAQ: WYNN) reported a swing to a loss in the fiscal 2016 third quarter, compared to 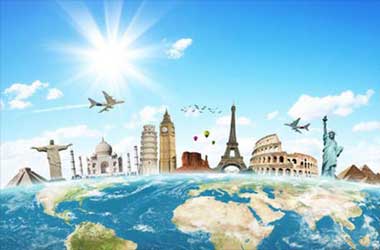 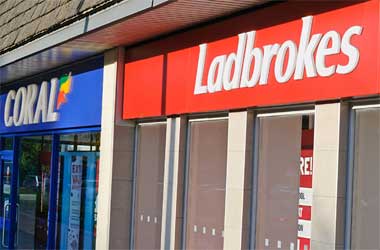 New Man at the Top for Ladbrokes Coral

Earlier this week, it was announced that Ladbrokes and the Gala Coral Group who between them own and operate thousands