From a high of 1.0650, the AUD/NZD pair fell to a low of 1.0410. The decline was also aided by the report of New Zealand’s narrowed trade deficit of NZD846 million in October 2016, compared with a shortfall of NZD950 million in the previous month.

Now, the Australian dollar is expected to cover the lost territory due to the reasons provided below.

In its recent report, the Organization for Economic Co-operation and Development (OECD) raised its growth outlook for the current and next year. This indicates that the price of iron ore, steel, and other base metals would increase or at the least sustain at the current levels in the months to come.

The price of iron ore touched a two year high of $80 per ton a few days back. The raw material is expected to consolidate at $70 levels. Similarly, coking coal, which has almost tripled to $300 per ton in the past one year, is expected to stay bullish on stockpiling by the Chinese mills. Iron ore and metallurgical coal take the first two positions in the list of top ten export revenue earners of Australia. The current contract prices, which are higher than the official estimate of the government of Australia, would enable the country to reap a bonanza.

If Trump begins a flurry of infrastructure projects as promised during the election campaign, then it would further spur up the commodity prices in favour of Australia. The recent rate cut by the RBNZ is expected to bring down the investors’ interest in the most popular carry trade currency. The reason is that the yield differentials between the Kiwi dollar and the Aussie have narrowed to just 25 basis points. So, taking into consideration all of the above details, we forecast the AUD/NZD to turn bullish soon.

The AUD/NZD pair has formed a double bottom at 1.0400 levels. The MACD indicator is on the verge of crossing over to the positive zone. The stochastic oscillator has already moved out of the bearish zone demarcated by the reading of zero and twenty. So, we can expect the AUD/NZD pair to exhibit a bullish reversal in the near future. 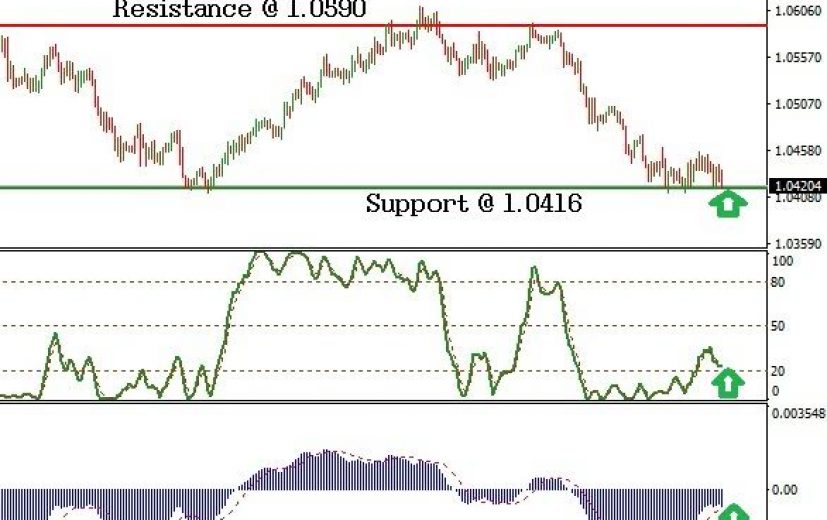 A Forex trader can make money out of the forecast by exchanging the Kiwi dollar for the Aussie dollar, through a reputed broker of choice. The long position in the AUD/NZD should be taken near 1.0440. To restrict losses, a stop loss order should be placed below 1.0350. The profit can be booked at 1.0590.

A binary trader can bet on the AUD/NZD pair’s uptrend by purchasing a high or above (call) option contract from any suitable broker. Care should be taken to enter the trade near 1.0440. A date on or around December 12th should be chosen as the expiry date.