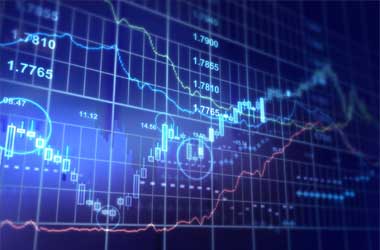 For many investors in physical stock and share, the last few years have been a very bad time in regards to the share dividends that they have been receiving, in fact many companies have now announced the share dividends are going to be cut to the bone and this has led more and more people to look into Binary Options, as a way of supplementing their investment fund returns.

The main attraction for many people investing in Binary Options is that they are not forced to buy the shares of any company they are interested in, for they only have to pick the way in which they think the share price is going to move over any given time period, and this means that with the right judgement call they can make more in one day than their shares would earn them in dividends over a full year!

Let us now take a look at some companies who are either weathering the storm and current financial climate and those who are looking like a very bad bet for investors.

Tesco – Tesco are having a very bad time of it lately, and with budget supermarkets continually eating away at their profits they have recently reduced their share dividend down by an alarming 75%! This puts into question their company motto, that being “Every Little Helps”!

BP – Another company that is facing lots of difficulties at the minute is BP and with the price of oil falling and this company still being subject to possible huge fines for the Deepwater oil rig disaster several years ago, you would not really want to be holding onto any amount of their shares, as any dividends you will see are likely to be minimal.

HSBC – With HSBC still being under investigated for alleged Forex and Libor manipulation this company could be subject to some very heavy fines if found guilty, and those potential fines are spooking a lot of investors and share holders, with many cutting their losses and choosing to sell their shares rather than risk a kicking when the investigation is over.

Barclays Bank – Often referred to as a plodder banking institution such as Barclays Bank are seen as a fairly safe investment as they usually release some realistic share dividends and have been performing much better than a lot of other banks recently.

Shell – Out of all of the major Oil based companies Shell looks like the most appealing, and unlike BP they are not facing heavy payouts.

Other companies that are also very well known for their continuous share dividend payouts are British American Tobacco, BT and Unilever. If you are considering placing any Binary Options trades online any time soon then those latter three named companies may be a much safe investment that companies such as HSBC, BP and Tesco!

However, as time has proven anything can and usually does happen in the stocks and shares trading environment, and knowledge is a very powerful tool for any trader!