The increase in the dairy prices and the looming Fed rate hike ensured a decline in the EUR/NZD pair for the past four weeks. Currency traders who had followed our recommendation, given on October 10, to go short at 0.7180 would have made handsome returns by this time.

Likewise, a binary trader who had invested in a put option would have seen their contract expire in the money. The EUR/NZD pair, which is currently consolidating at 1.5020, may begin to undergo a bullish trend reversal due to the reasons below.

During the monetary policy meeting held on November 10, the Reserve Bank of New Zealand cut the benchmark interest rates by 25 basis points to 1.75%. The decision is widely expected to decrease the investors’ interest towards the New Zealand dollar, which has so far been the best carry trade currency. The RBNZ is also of the view that the overheated housing market may cause financial instability. The mortgage cost is also expected to increase further because of Trump’s victory.

As mentioned numerous times in our earlier articles, the probability of a US Fed rate hike has increased to about 80% in the past two weeks. This has already turned the New Zealand dollar less attractive. On the contrary, when the investors in the Euro region start repatriating, the demand for the Euro would surge. This was evident in the case of EUR/JPY pair which had gained more than 400 pips in the past two weeks as the funds started unwinding their long position in the Yen.

Finally, the anti-globalization policies of the US President-elect are expected to put the Kiwi dollar on the back foot as of now. Thus, fundamentally, the EUR/NZD is expected to turn bullish in the short-term.

The historic price chart indicates that the EUR/NZD pair has found a support at 1.5000 levels. The stochastic indicator has crossed above the reading of 50, thereby reflecting bullishness in the currency pair. The increase in the momentum is expected to push the EUR/NZD pair upwards in the weeks ahead.

So, a currency trader can consider going long in the EUR/NZD pair near 1.5060. We forecast the pair to reach a level of 1.5340, where the major resistance exists. Thus, a trader is expected to book profit when the pair crosses above the level of 1.5300. To avoid large losses, a stop loss order can be placed below 1.4900. 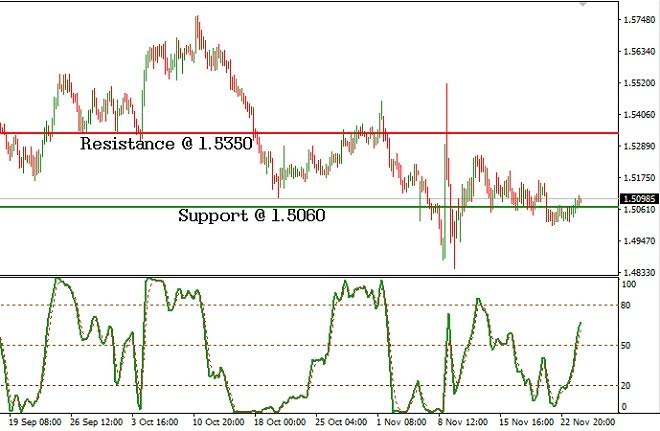 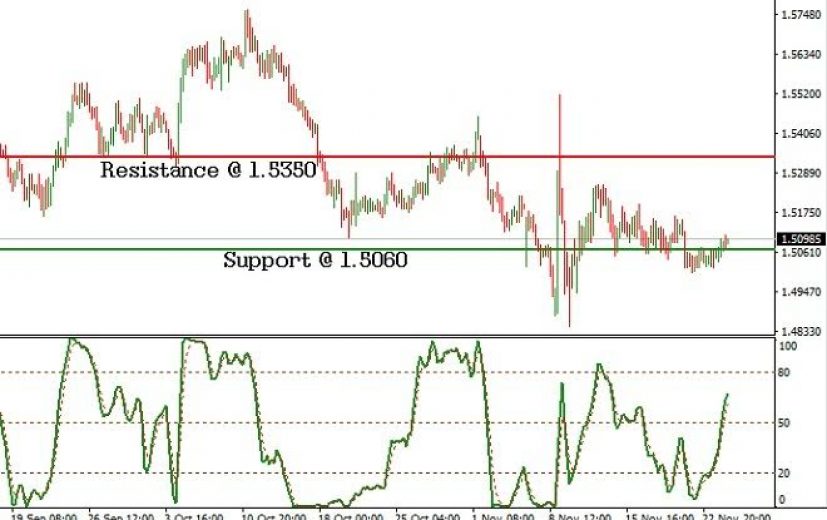 By investing in a one touch call option, a trader can gain from the forecast. The target rate for the call option should be 1.5240 or lower. In a case where the trader is investing in a ladder call option, the highest target level in the ladder should not exceed 1.5300. Irrespective of the kind of contract, the trader should ensure that the expiry date is around the 24th of December.