In the second week of June (June 9th to be precise), we had suggested taking a short position, with a target of 148, in the GBPJPY currency pair at 156.50 levels. The currency pair hit the target and fell even deeper to touch 145.37, before recovering to 155.11.

The results of the Brexit related polls conducted by various organizations contributed principally to the zig-zag movement.

However, the outcome of the latest polls, announced hours before crucial referendum, indicates that the ‘Remain’ campaign has gained further lead against the ‘Leave’ campaign.

Considering the poll results and the economic data related to the UK, as explained below, we believe that the GBPJPY currency pair will remain in an uptrend, thereby giving yet another opportunity for a trader to capitalize from the movement.

Furthermore, the Confederation of British Industry (CBI) Industrial Trends Orders survey reading for Jun stood at -2. The reading, which measures the economic expectations of the manufacturing executives in the UK, was better than the analysts’ expectation of – 11. An improvement in the economic condition and support for the ‘Remain’ vote would naturally reduce the need for investing in safe haven currency such as the Japanese Yen. Thus, fundamentally, it can be interpreted that the GBPJPY is headed northwards.

Technically, the GBPJPY currency pair is trading almost at the midpoint of the declining channel, as shown in the chart. This gives ample freedom for the currency pair to move either way. The currency pair also formed a 100 pip bullish gap opening, indicated by an aqua coloured bubble in the chart, on Monday. The RSI Indicator is yet to cross above the reading of 50, while the stochastic has just come out of the bearish zone between zero and 20. However, considering the overall scenario, we expect the stochastic Indicator to re-test the 20 level before going upwards. This means that the currency pair would make a sharp fall to cover the technical gap before beginning its uptrend. 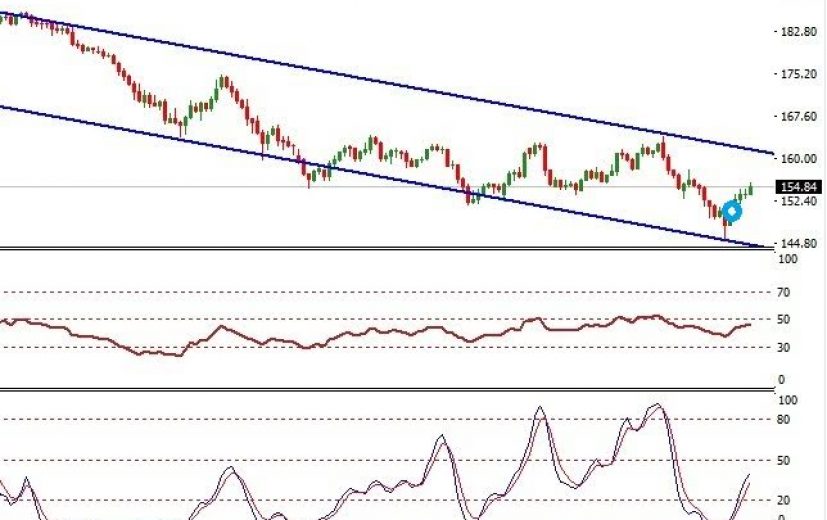 A binary trader should look for a broker who is offering a one touch call option contract with 159 as the target level. The trade can be taken as long as the contract expiry period falls after the 10 th of July.

The Pound lost almost 17% against the Danish Krone in the past six months. Well, it does not need a