Considering the rising inflation scenario and the hawkish sounding statement from the Bank of England, on March 20th , we had recommended going long in the Pound near 1.2340.

Simultaneously, we had suggested investing in a call option offered by any of the reputed binary broker. A trade taken based on the suggestion would have ended with a profit, a week later. On Tuesday, an unexpected call for a snap election in June triggered a wild rally in the GBP/USD pair. We expect the GBP/USD pair, which is currently trading at 1.2905, to undergo a correction due to the reasons given below.

According to Peter Ashton, Managing Director at Eiger FX, the announcement made by British Prime Minister Theresa May was greeted by currency market on the assumption that a commanding victory in the snap polls would strengthen the position of the UK in Brexit negotiations. The opinion was also echoed by Alexandra Russell-Oliver, currency strategist at Caxton FX. Oliver also expects the Pound to remain strong during Brexit negotiations, if the Conservative party wins the election with a thumping majority.

Shilen Shah, Bond strategist at Investec Wealth & Investment, believes that a landslide victory in the election would considerably reduce the interference from the opposition. A recent survey indicates that the Conservative party leads the Labor party by 21 points. The overall optimism kept the GBP/USD pair bullish in the past two trading sessions.

However, it should be remembered that election adds to the uncertainty surrounding Brexit talks, and markets are generally averse to uncertainty. This fact was highlighted by Viraj Patel, a currency analyst at ING Bank N.V in London. While sounding a similar tone as Patel, Jonathan Loynes at Capital Economics also pointed out that interest rate differential would soon push the Pound downwards. Loynes also expects the decline to be further fuelled by the Fed’s monetary policy tightening.

On the contrary, near full employment and strong recovery in the economy is expected to keep the US dollar strong, albeit few healthy technical corrections. Recently, while addressing the students at Michigan State University, the US Fed Chair Janet Yellen stated that the US is nearing a full employment and 2% inflation. Thus, a rate hike is necessary to keep the economy from getting overheated. On the basis of the facts presented herewith, fundamentally, we anticipate the GBP/USD pair to decline soon.

A major resistance is seen at 1.2990 in the price chart of GBP/USD pair. The CCI indicator’s current reading is over 300. A look at the historic movement of the indicator reveals that a price correction has set in every time the indicator crosses 200. Thus, we can expect a loss of momentum in the currency pair. Additionally, the gain of 300 pips in a single day supports an argument for the retest of the major support at 1.2580. 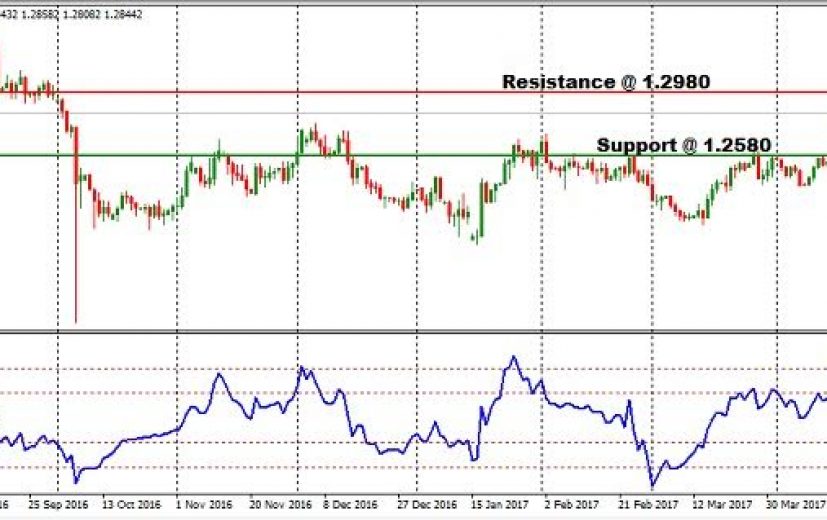 After rising considerably against most of the major currencies in the past two weeks, the pound opened on a soft

On July 7th, we had recommended taking a long position (or one touch call option), with a target of 82,