Since the beginning of June, the Pound is in a clear downtrend against its G10 rivals.

The prime reason for the weakness is the poor economic data (retail sales and manufacturing) coupled with a loss of majority for the Conservatives in the UK election. While the Pound came under the hammer, the Kiwi dollar rallied on strong dairy prices.

The GBP/NZD pair, which was trading at 1.8240 levels in the first week of June, had dropped to 1.7450 levels. However, the Pound is expected to undergo a short-term upswing against the Kiwi dollar due to reasons mentioned below.

On day one of the Brexit talks, the UK government conceded to the EU’s demand for negotiation on the exit bill first. In this regard, the chief EU negotiator Michel Barnier stated that Britain cannot dictate the timing of the negotiations, and called for an orderly exit. Next month, talks related to exit bill and rights of expats on either side of the channel are expected to take place.

The stance taken by the UK clearly indicates that the British negotiators do not have sufficient political strength to lead the country into a hard Brexit scenario. The flexibility shown by the UK government favors a temporary uptrend of the Pound.

In the case of New Zealand, the economy grew 0.5% q-o-q in the January-March period. The data reported by Statistics New Zealand indicated that the economy expanded lower than analysts’ estimates of 0.7% growth. Notably, the dairy prices have increased considerably in the past six auctions. However, the shipping volumes continue to stagnate.

In the latest dairy auction conducted on Tuesday, the GDT (Global Dairy Trade) index declined by 0.8%. The average price of dairy products was $3,434 per ton. It is the first decline since March 2017. An increase in the production among major milk producing nations has caused the decline in the price. That is a cause of concern for the New Zealand government.

Additionally, the RBNZ is averse to a strong exchange rate. The Kiwi dollar has considerably strengthened in the weeks that followed the last monetary policy meeting. The investors would not like to pit themselves against the central bank’s accommodative policy. That would act as a constraint for the New Zealand dollar’s upside movement. Thus, we expect the GBP/NZD pair to inch upwards in the short-term.

After staying in the bearish zone for about a month, the stochastic oscillator has started rising. Likewise, the MACD indicator has made a bullish crossover above the zero line. The pair has also broken the descending trend line. Thus, technically, we can expect the GBP/NZD pair to move upwards. 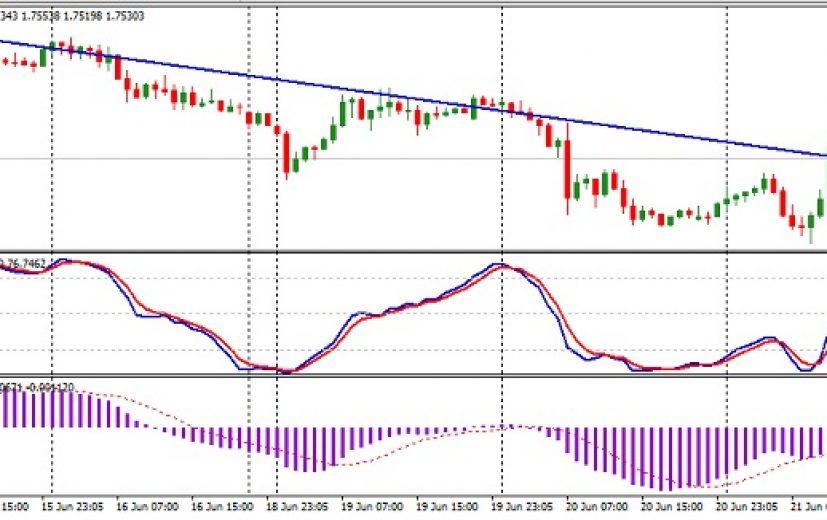 To increase returns from the forecast, we are also looking at the prospects of investing in a call option valid for a period of one week. We prefer a strike price close to 1.7480.

On the basis of strong retail sales and hawkish statement by Carolyn Wilkins, Bank of Canada’s senior deputy governor, we