The United States has formally designated North Korea as a major money laundering operator and is in the process of taking steps to bar U.S. banks from dealing with North Korea. These fresh restrictions on North Korea are likely to heighten the economic isolation of the country.

The declaration of North Korea as a money-laundering concern was initiated by a legislation in February which required the Treasury to evaluate if the designation was merited. After the Treasury made the decision to do so, the government now has the authority to issue penalties after the mandatory 60-day comment period.

Under this initiative, the Treasury Department is working towards preventing foreign banks from leveraging their relationship with U.S. banks to handle financial dealings on behalf of North Korea, since they are likely to be used for its nuclear operations.

In a statement, Marcus Noland, an expert on North Korea at the Petersen Institute for International Economics said

Basically they have put everyone on notice, if you do financial transactions with North Korea, you are subject to investigation by U.S. bank regulators who may exclude you from the U.S. market.

Adam Szubin, acting undersecretary for terrorism and financial intelligence has called upon other nations to take similar measures to limit banking relations with North Korea. He stated that it was essential to deter the regime in North Korea from abusing the financial institutions.

The United Nations also imposed sanctions on North Korea after it conducted atomic and missile tests early in 2016. Even China the country’s primary backer has agreed to adhere to these sanctions. According to analysts, trading relations between the two countries has been declining since the sanctions.

Chinese President Xi Jinping recently met a top North Korean envoy in a bid to ease the strain on their relationship.

The U.S. has taken similar action against a Macau-based bank called the Banco Delta Asia in 2005 which had been holding almost $25 million of North Korean funds. The move cut off the bank from the international dollar-based financial system and resulted in the near collapse of the bank. The restriction was later removed to facilitate the revival of talks with North Korea but the impact of the ban served as a warning and led to banks avoiding dealings with North Korea. 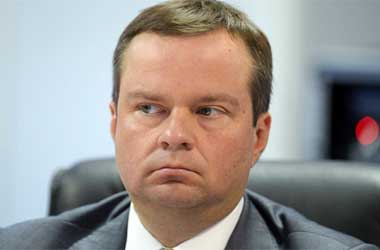