Metals on a short term low 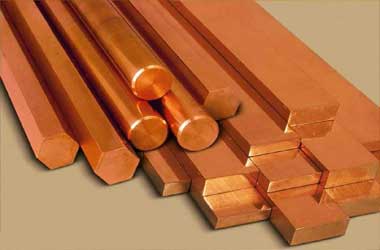 Yesterday’s currency crisis in China caused the Copper to fluctuate as traders continued to asses the downward risk. China is the largest consumer of global copper and takes up to 40% of the global demand and any crisis in its economic activity will cause a severe impact in price drop of copper.

However, there has been a recent attempt to cool off the housing marketing by the Chinese governments and this commodity has been facing a downward trend recently. The weakness of the US economy has also influenced the downward pressure of the commodity has it is the second largest consumer of copper.

The copper has faced a short term downward pressure and its support levels at 3.197 whilst its resistance is at 3.296.

The anticipated results of the US New Home Sales data caused the Gold to hit on a downward pressure although its numbers were better than what was expected. The yellow metal is on a low and this has resulted in a change in trader perception of the commodity.

Recently, Gold has been on an upward trend as the US dollar denominated asses due to its recovery in the US and they may cause its pressure to continue on an upward trend. The future coming data can also be positive resulting in the pressure to remain positive and will make it better to understand the gold’s future movement. Traders have to pay attention of the Core Durable Goods data coming up this afternoon as well as the US initial Jobless claims.