On August 8th , we had recommended taking a long position in the NZD/CAD pair with a target of 0.9520. For binary traders, we had suggested purchasing a one touch call option. In a matter of one week, the pair breached the forecasted level, before declining again to 0.9300 levels. The NZD/CAD pair was unable to consolidate at 0.9500 levels, mainly because of the sharp rise in the price of crude oil to about $48 per barrel.

Canada is one of the largest oil exporters and naturally the recovery in the price of crude oil revived the Loonie’s fortunes. However, as explained underneath, it seems that the short-term decline of the NZD/CAD pair is over and there will be yet another attempt by the New Zealand dollar to cross above the 0.9500 level.

On Friday last week, Statistics Canada reported that the retail sales declined 0.1% in June, compared to previous month. Seven out of eleven sub-sectors saw a decline in the sales. The total value of retail sales was $44.1 billion. The negative economic data disappointed the market participants as it was contrary to the analysts’ expectation of a 0.5% growth in the retail sales.

Thrice in the month of August, the NZD/CAD pair bounced off the support level of 0.9300.The next major resistance exists at 0.9450. The MACD indicator has crossed firmly into the bullish zone. 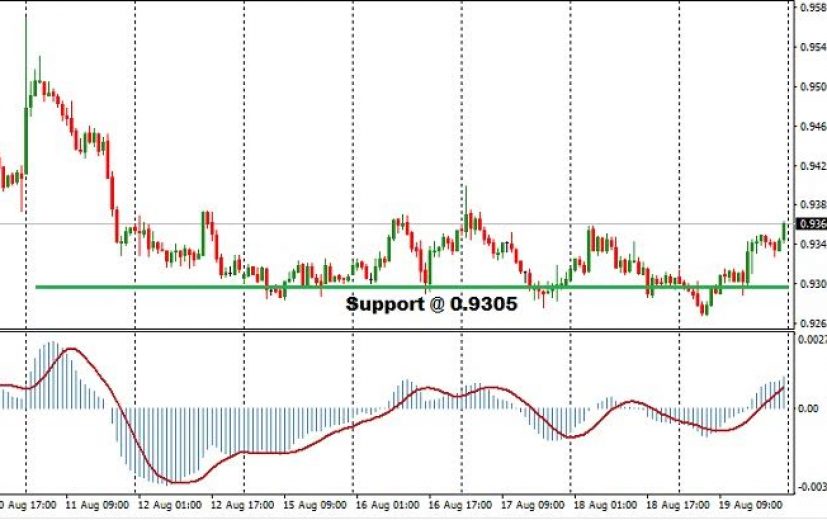 Thus, we can expect the currency pair to ascend further. So, a Forex trader can open long position near 0.9300. A stop loss order below 0.9240 is vital to prevent huge losses. The long position can be diluted when the price reaches 0.9500. The suggested trade carries a risk to reward ration of 1:2.

A one touch call option contract can be purchased to bet on the rise of the NZD/CAD pair. The target level for the call option trade should be 0.9480 or lower. Again, in this case, we suggest a time frame of at least three weeks for the contract expiry period.