Indian Prime Minister Narendra Modi has said that new measures might be launched to further target corruption and black money in the country. The statement follows the surprise move of the Indian government last week to demonetize higher currency denominations of Rs. 500 and Rs. 100.

Speaking at an event in Japan while on a state visit, PM Modi said that those holding unaccounted wealth would not be spared on any account.

PM Modi also took the opportunity to reassure Indian citizens that the government was taking all steps to solve the issues faced by them due to the demonetization.

Calling the move the biggest cleanliness drive, he said that the discomfort faced by the citizens was of a short term nature and applauded them for their patience.

Finance Minister Arun Jaitley has announced that it would take two-three weeks for cash to reach the over 2,00,000 ATMs present in the country. In a statement, Jaitely said,

Because of need for secrecy, recalibrating the software of 200,000 ATMs could not be done earlier. Had it been done earlier, confidentiality could not be maintained. It takes 2-3 weeks for ATMs to be recalibrated to dispense new currency

The minister along with senior officials has been holding video-conferencing meetings with leading bank officials to monitor the situation. Jaitley pointed out that the State Bank of India had executed currency replacement drives worth over Rs 2.28 crore till the last weekend. He said that such large scale transactions were not mechanical and thus cannot be done overnight. Jaitley request the people in the country to show patience reminding them that all currency can be replaced till Dec. 30.

Commending the work done by banks, Jaitley said that the challenge for them was handling the large throngs of people who have been coming for currency withdrawals and who will continue to come for the foreseeable future. India’s central bank, the Reserve Bank of India (RBI) has stated that the currency printing press was running at full speed to ensure the required quantum of new notes of Rs. 500 and Rs. 2000 would be available as soon as possible. It also urged people to adopt other means of payment such as debit cards, internet banking or mobile banking to ease the pressure.

The RBI said that on Nov. 10 about 100 million currency exchange transactions were reported. It is closely monitoring the situation with an exhaustive reporting system in place covering all banks. The RBI has also warned that it is examining the reports of exchange and withdrawals to ensure no misuse of the currency exchange scheme takes place.

Chancellor Philip Hammond said that he had written to the Financial Conduct Authority (FCA), the financial regulator in the United 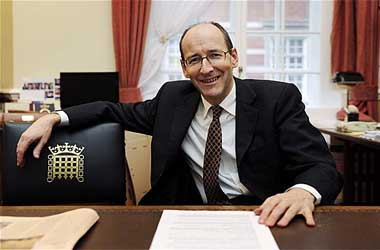