On the 18th of July, we had recommended taking a long position in the USD/CAD pair near 1.2900 levels with a target of 1.3150. For binary traders, we had recommended purchasing a one touch call option. In a matter of ten days, the targets mentioned were achieved.

The $10 rise in the price of crude oil between the 1st and 22nd of August strengthened the Canadian dollar against the Greenback. Mixed bag of economic data also aided the US dollar’s slide. However, the worsening economic situation in Canada and Janet Yellen’s hint of a Fed rate hike on Friday have renewed the hopes of the uptrend in the USD/CAD pair.

The Alberta wildfire has severely affected the economic growth of Canada. To be precise, the fire in Fort McMurray has resulted in a production loss of about 30 million barrels. Between 2000 and 2014, the export of crude oil brought in about $200 billion into the country. Now, the decline in the price of crude oil, coupled with huge production cut, is severely affecting the economic growth. The 2016 GDP growth estimates were already cut to 1.3%, from 1.7% forecasted earlier. On an annualized basis, the exports are anticipated to shrink by 15%, in the second-quarter of this year. Even the housing market has turned shaky due to the additional 15% tax levied on the overseas buyers.

The crude oil is once again stuck up near the price of $50 per barrel. The increase in the export of petroleum products from China indicates only a miniscule possibility of a pickup in demand in the second-half of this year.

In the US, at the Jackson Hole summit, the Fed Chair Janet Yellen stated that the economy is showing signs of strong recovery and there is a valid case of a rate hike in the weeks or months to come. Most market participants believe that the US Fed would announce a rate hike at the end of the monetary policy meeting scheduled for September 21st and 22nd . Such a possibility would keep the US dollar strong against the rivals such as the Canadian dollar.

Last Friday, the USD/CAD pair bounced off the strong support at 1.2790. The MACD indicator is above the zero line, thereby indicating bullishness in the pair. Thus, we can expect the currency pair to reach the next resistance at 1.3160. So, a Forex trader can consider going long in the currency pair at 1.2980 levels. To avoid large losses, the trader should use a stop loss order below 1.2900. It is advisable to close the long position near 1.3150 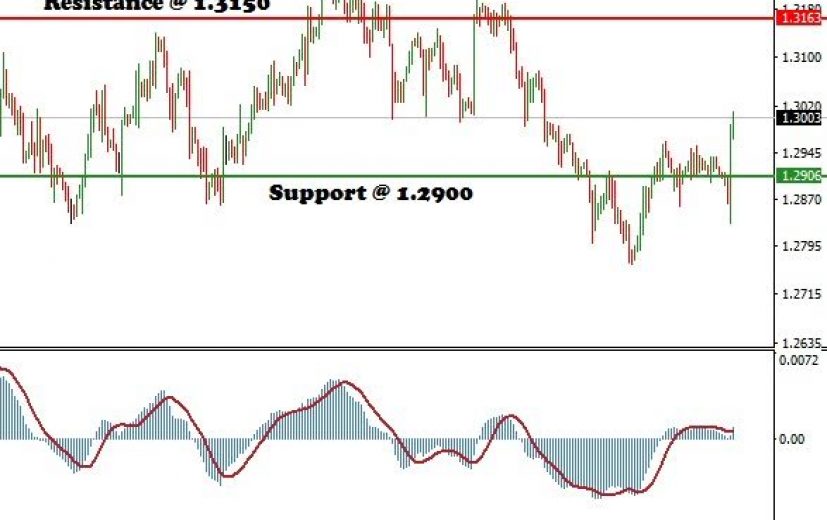 To gain from the probable uptrend in the exchange rate of the USD/CAD pair, a binary trader should consider purchasing a one touch call option contract that expires in the final week of September. To increase the probability of success in the trade, the target level for the call option should be less than 1.3150.

The less than hawkish stance taken by the Reserve Bank of Australia in the May monetary policy meeting, weak GDP