Gold Recovers from Its Negative Mood on the Stock Market 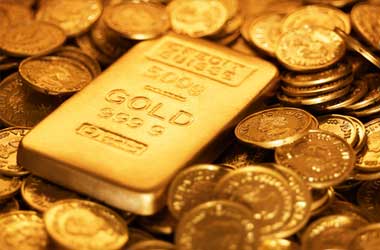 The price of Gold continues to rise and its movement went up from $1,307/ounce up to $1,315/ ounce. The increase in price was contributed by the release data of the U.S. Non-farm payrolls which came out lower than expected and also the increasing tension in Ukraine. The U.S. Non-farm payrolls showed a lower price of 194K instead of 200k and this also resulted the stocks in America to continue on its downward trend thereby making Gold a safe haven asset for the investors.

The precious metal has been very attractive to traders and during its morning session the metal jumped from $1,307/ounce up to $1,310/ounce following the release of U.S Job data. The safe haven asset has been on an upward trend for the past three days and its price touched a 2 week high after reaching $1,315/ounce. Traders are now aware of the tension in Ukraine and this has made most traders to move away from riskier assets such as stocks and concentrate on to the safe-haven asset. There has also been a movement on the Swiss Franc and Yen.

There could be a reversal movement that may occur after the FOMC Meeting Minutes which will be posted at 6.00PM (GMT) and this could be very interesting for binary option brokers. The interest rate is being closely watched and the tapering of the monetary stimulus has already been priced in.

The FED chairman, Janet Yellen said once the monetary stimulus finishes the interest rates should increase not earlier than 6 months.

Gold is currently a hot asset for investors with its support level at 1,304 and resistance at 1,318.