Thus, the stock of GE has lost about 30% since June 2017 to trade at $23 levels. Last Friday, there was a huge shakeup in the top management of the company. The changes that are brought about is good for the company in the long-term. However, as explained below, in the short-term, we are expecting the stock to resume its downtrend.

The Boston, Massachusetts-based company has announced a slew of high profile departures. GE’s CFO Jeffrey Bornstein will be leaving the company at the end of 2017. He will be succeeded by Jamie Miller, the current head of GE transportation. She will take charge on November 1. Regarding his resignation, Bornstein stated that it is the perfect time to appoint a new CFO with a fresh perspective to lead the company’s struggle to trim costs and improve performance, and of course, shareholder value.

Beth Comstock and John Rice, veterans and GE vice chairs, have also announced their retirement. Earlier in June, Steve Bolze, the head of power division, resigned after John Flannery was named the next CEO of GE.

Power segment is one of the major business of GE. In 2016, the company generated about 28% of its revenue from power segment, with gas turbines being the major product offering. GE’s H-class turbine has created a record for its efficiency and is the major driver of growth in the power segment. However, the segment faces severe competition from Siemens AG. The gross margin has shrunk to a mere 1%, from a historical average of 5%. Both GE and Siemens have acknowledged there is overcapacity in the gas turbine sector. Now, Siemens has announced it would test its new HL-class turbine at the Duke Energy site. Siemens anticipates the efficiency of the turbine to begin at 63% and eventually reach 65%. That would increase the pressure on GE’s power segment, which is already facing a decline in backlog due to a cyclical slowdown.

Flannery, who is facing the tough task of revitalizing the 125-year old company is under pressure from activist shareholder Trian Fund Management. To return to growth path, the company is implementing a cost cut program to save as much as $2 billion by the end of next year. As a part of the cost cutting initiative, the company has already ground its fleet of corporate jets and cars, which were used by its executives. Until the vacuum created by the exit of senior executives is filled quickly, the stock is expected to remain under selling pressure.

The price chart below indicates heavy resistance for the stock at 24.50. Furthermore, the stock is moving along the descending trend line resistance. The descending stochastic oscillator confirms the underlying bearishness. Thus, we forecast a downtrend in the stock of GE. 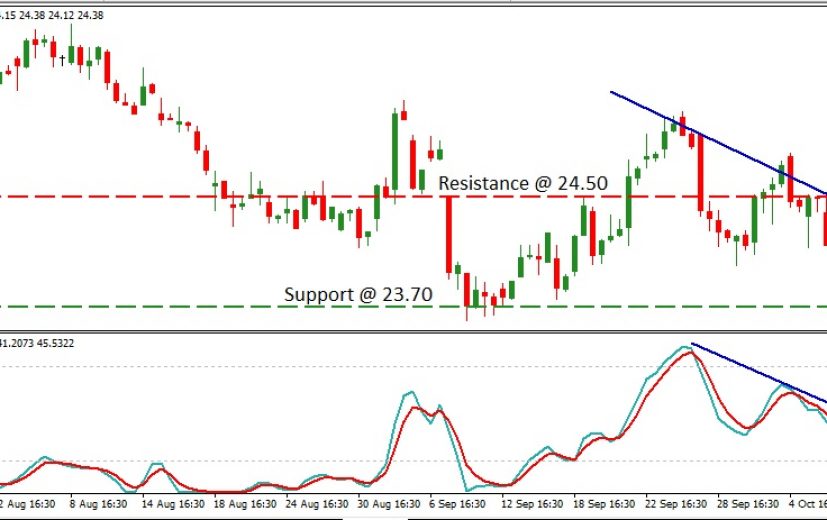 To fade the decline, we intend to purchase a put option valid for a week. A strike price of about $23.50 is preferred for the trade. 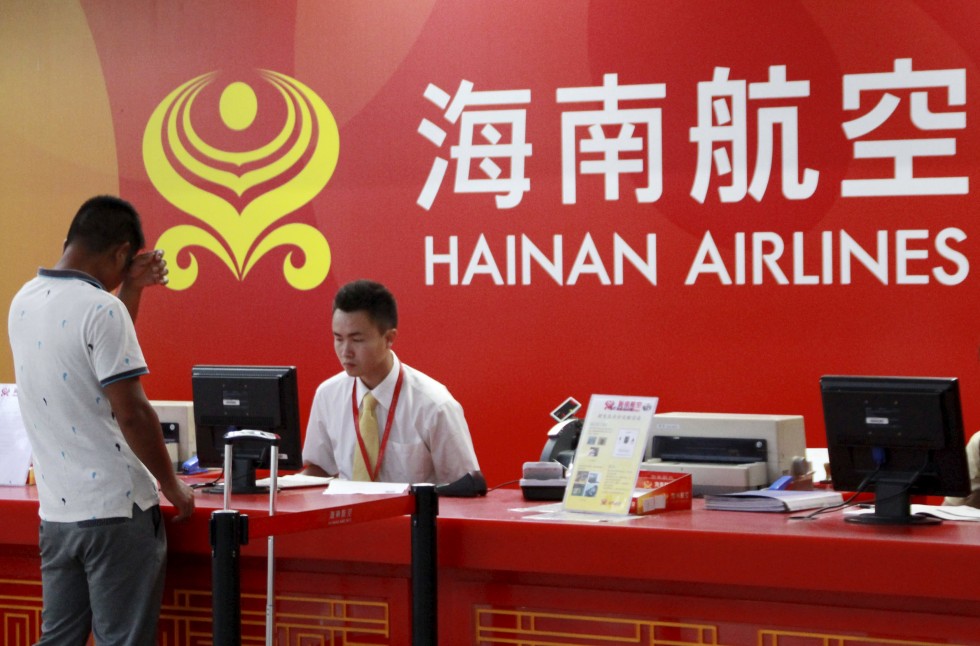 Chinese banks are making moves to strengthen relationships with Islamic countries, as a result of which finance from Islamic nations

Asian stocks traded mixed in today’s early session and during the Public holidays the stocks were trading thin. There could