The US dollar pushed its rivals to multi-year lows last week. However, the currency, which strengthened mainly due to the FOMC’s forecast of three interest rate hikes next year, started losing momentum after several analysts opined that the rally is already overstretched and undermines the fundamentals.

However, the US dollar was able to pare most of the losses when the US Fed Chair Janet Yellen, in a speech given at the University of Baltimore commencement ceremony, stated that the current jobs market is one of the strongest in the decade.

Still, we anticipate the US dollar would correct itself in the weeks ahead against the major currencies, and particularly against the Swiss Franc. It should be noted that since December 14th, the USD/CHF has rallied about 250 pips to record a high of 1.0343.

The Swiss National Bank kept the benchmark interest rates unchanged during the monetary policy meeting held last week. According to a report from the Credit Suisse analysts, the Swiss companies would continue to adapt and become competitive enough to live with a stronger currency. This would ease the pressure on the Swiss National Bank to avoid intervening in the market. Analysts also stated that the Swiss economy would grow by 1.5% in 2017. Furthermore, the country is also expected to see inflation, albeit only at 0.5%, in the coming year. Such a scenario favours strengthening of the Swiss Franc.

Following the killing of the Russian ambassador to Turkey and the terror attack on Berlin, the demand for the Swiss currency has once again increased in the past two days.

A survey conducted by the Financial Times indicated that as many as 31 analysts are expecting only two Fed rate hikes next year, with the first one in June. Analysts also believe that the US Fed will contemplate on further tightening of monetary policy only after they see the economic package of the US President-elect. Finally, the investors would try to avoid new commitments before Donald Trump assumes office. This would halt the US dollar from making further inroads against the rival currencies. Thus, fundamentally, we can anticipate the USD/CHF to remain bearish in the short-term.

The USD/CHF pair is facing resistance at 1.0290. The chart also shows the formation of a bearish black swan harmonic pattern. Thus, we can expect the currency pair to decline and test the support level at 1.0120. 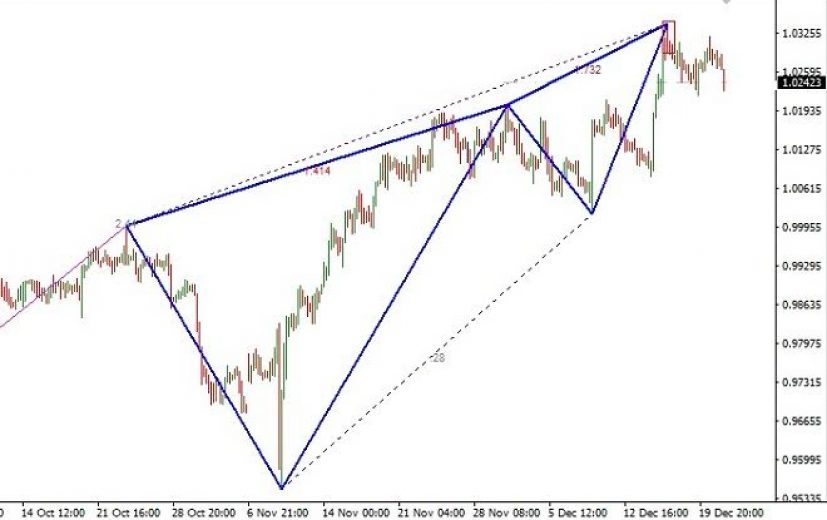 A currency trader can initiate a short position in the USD/CHF pair at the current level of 1.0260. A stop loss order can be placed above 1.0350 to negate losses. The short position can be winded near 1.0120.

To create a similar trade in the binary market, a trader can purchase a low or below contract when the USD/CHF pair trades near 1.0260. The contract should remain valid for a period of one week so that the pair gets adequate time for violating our desired target.

The EUR/NZD pair has appreciated by about 500 pips in the past week to trade at about 1.7040 levels. A

Since the beginning of June, the Pound is in a clear downtrend against its G10 rivals. The prime reason for

In mid-May, the Brazilian Rial plunged against the Greenback when a local newspaper reported that President Michel Temer asked Joesley