Financial institutions like HSBC and UBS have ceased issuing Participatory Notes (P-Notes) which have long been controversial. he country’s securities regulator Sebi has found that several foreign fund houses are issuing P-notes to investors who are Indian nationals, NRIs and PIOs.

Sebi has shared a list of such fund houses with the government for further action. Also known as the Offshore Derivative Instruments (ODIs), P-Notes cannot be issued to Indian residents, NRIs and PIOs.

Foreign portfolio investors (FPIs) typically issue P-notes to overseas entities who are keen to get an exposure to Indian markets without direct registration. This ensures lower cost of investment and lesser time restrictions. Additionally, P-note holders are exempted from capital gains tax. Sebi has also shared a list of investors who are holding over $100 million via these instruments.The regulator is stepping up efforts to crackdown on its misuse by investors as a part of the overall push to curb black money in the Indian economy.

The Times of India

Some of the many measures taken include mandatory adherence to Indian KYC by investors and limits on transfer of the instruments. This heightened scrutiny has helped reduce round tripping of funds through these instruments.

The use of ODIs for investments has been on a downward trend for some time now, as a result of regulations being tightened under the recommendations of the Special Investigation Team (SIT) on Black Money. Its contribution to the overall foreign portfolio investments has declined from 56 percent 10 years ago to below 7 percent currently.

The decline in outstandings in ODIs has been particularly sharp in the last quarter of 2016. For JPMorgan the value of ODIs declined by 77 percent while for Societe Generale it was 62 percent. The decline was 46 percent for Goldman Sachs, 51 percent for Citicorp and 58 percent for Bank of America. A top government official has confirmed that HSBC Bank Mauritius Ltd and USB has stopped issuing ODIs altogether.

The tighter regulations by Sebi has resulted in higher compliance cost for FPIs issuing ODIs which has also been a reason for its declining popularity. Additionally the liberalization of FPI norms has reduced the appeal of ODIs as an investment instrument due to it losing several of its advantages over direct investment.

FPIs based out of Mauritius and Singapore are among the foreign investors who most preferred ODIs largely due to the advantageous tax treaties. Close to 87 percent of FPI inflows into the country from these investors has been through this route. 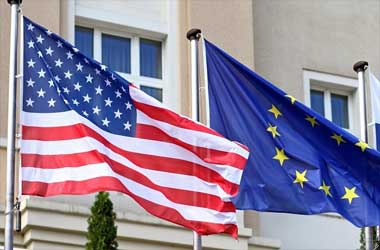 With the recent cut in interest rates by banks and building societies, savers in Britain are now losing money in