Chancellor Philip Hammond said that he had written to the Financial Conduct Authority (FCA), the financial regulator in the United Kingdom (UK) and asked them to look into the allegations made by Lord Peter Hain, who is a former cabinet minister.

Lord Hain stated earlier this week that he had information from a whistle-blower in South Africa that UK banks have been used to launder money from South Africa. Lord Hain did not specifically mention the banks in question but there are rumours that the banks involved are Standard Chartered Bank Plc and HSBC Holdings Plc.

We take allegations of financial misconduct very seriously, and have passed Lord Hain's letter on to the Financial Conduct Authority and relevant UK law enforcement agencies, including the National Crime Agency and Serious Fraud Office, to agree the right action

The money laundering scandal involves the powerful Gupta family in South Africa who have been accused of leveraging their ties with President Jacob Zuma to manipulate state contracts in their favour. The President and the Gupta family have denied all allegations but Lord Hain wants an investigation to be carried out into potential money laundering transactions from the Gupta family that took millions of South African ran out of the country via Dubai and Hong Kong and eventually made its way to banks in the UK. Lord Hain said that an estimated £400 million was reported to have been laundered through UK banks.

The Gupta family employ more than 10,000 people through their company known as the Sahara Group. Rajesh, Atul and Ajay Gupta run the company which has business interests in multiple industries including information technology, energy, travel, media and mining.

South Africa has been rocked by a mega corruption scandal that has involved a number of global companies. President Zuma and the Gupta family are two of the most high profile names in the corruption scandal and the recent news of UK banks playing a role in the money laundering scandal brings a new twist to the investigation.

Bell Pottinger, a UK public relations company has also suffered damage to its reputation due to the South African money laundering scandal and so has global consulting firm KPMG. Standard Chartered Bank and HSBC Bank are yet to release an official statement regarding these new allegations.

A recent survey covering U.S. workers has shown that one-fifth find their workplace hostile and stressful. The study was conducted 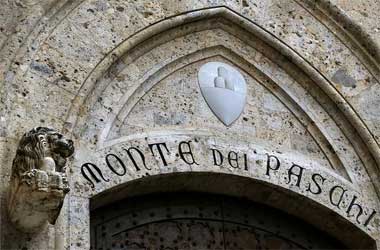