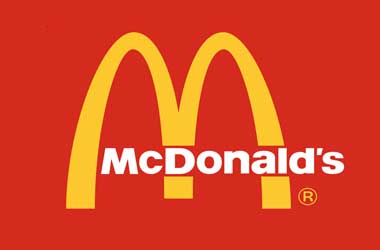 Luxembourg, one of the smaller European Union (EU) countries has gained a reputation for itself as being a tax haven for offering billion dollar enterprises liberal tax discounts.

Luxembourg has come under a lot of criticism in the recent past from both European and American trade unions who accuse the country of granting special tax privileges to McDonald’s that allowed the company to skip paying over €1 billion in taxes during 2009 to 2013 in countries like Italy, France, Spain and Britain.

These unions have aggressively campaigned for an investigation to be launched into the Luxembourg-McDonald’s partnership and their efforts have now been rewarded as the EU has confirmed that it will launch an official investigation to see if any tax laws have been breached to provide special privileges to McDonald’s.

The bloc’s competition commissioner Margrethe Vestager is determined to crackdown on the new wave of corruption which violates corporate tax laws. Vestager has been successful in identifying three companies till date that have collaborated with Luxembourg to get unfair tax breaks. The new investigation into the Luxembourg-McDonald’s partnership will determine if Luxembourg has breached the national tax law to grant special favors to McDonald’s and will also see if the tax treaty between the United States and Luxembourg has been violated.

The deal between Luxembourg and McDonald’s ensures that McDonald’s does not have to pay any taxes on their EU royalties in America or in Luxembourg. Vestager stated that countries had put in place treaties of double taxation to ensure that double taxation did not take place but not to avoid double non-taxation. The ministry of finance in Luxembourg has stated that it will provide full co-operation to the preliminary investigation as the country had not provided McDonald’s with any special favors.

From 2010-14, the McDonald’s companies paid more than $2.1 billion just in corporate taxes in the European Union, with an average tax rate of almost 27 percent. Additionally, we pay social, real estate and other taxes.

If the investigation launched by Vestager proves that McDonald’s was granted special tax breaks by Luxembourg, McDonald’s will not have to pay any penalties as the European Commission will impose those fines on Luxembourg for granting McDonald’s these special privileges.