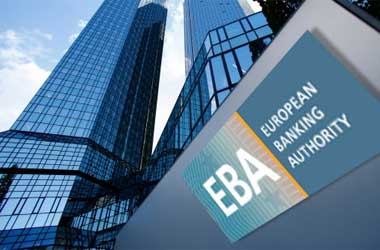 The results of the stress tests conducted by the European Banking Authority on 51 banks across Europe are scheduled to be released later this week. Experts fear that Italian banks might perform poorly on the tests, which could end up triggering a fresh European economic crisis. The tests will examine the capital guidance to cover potential shortfalls faced by banks.

Italian banks are holding bad debts worth nearly €360 billion and there are widespread concerns that this could result in a financial crisis in the Eurozone, which is already struggling to deal with the Greek bailouts and the possible instability from the Brexit.

European Central Bank head Mario Draghi stated last week that European banks are today in a better position that before but needed to improve profitability. He also added that bad debts were a significant problem and were hampering the ability of banks to lend, which was affecting growth.

Italy has the highest debt level next to Greece within the Eurozone. The Eurozone has recently revised laws prohibited using taxpayer money for bailouts, which implies that henceforth investors would be required to bear the brunt of the losses. The International Monetary Fund (IMF) has earlier issued an assessment saying that given the current state of the Italian economy it will take until 2020 for it to reach pre-crisis level of growth and stability.

The Italian government has brushed aside concerns saying that the fears and the bad loans figures quoted were exaggerated and there was no reason for worry.

All the countries should relax: there is no Italian banking problem. There is an economy which has been in recession for three years, there is accumulated non-performing loans, which have been dealt with. We are not on a bailout regimen, we are in a bail-in regimen, and all the instruments that are considered are within those rules. There is no need to bail out anybody.

Padoan added that there was no strain in relations between Italy and the European Commission regarding the matter. The G20 meeting of finance heads that was held in China over the past weekend also considered the impact of the results, with U.S. Treasury Secretary Jacob Lew and Padoan discussing the issue. Lew emphasized that although the situation of European banks have improved over the past few years due to reforms, there was still further work to be done to clean up balance sheets and address poor quality assets.