Following the announcement of an extension to the quantitative easing program by the ECB’s President Mario Draghi, the Euro dollar dropped near to its lowest level since 2016.

In fact, market participants were wondering whether the EUR/USD parity is around the corner. The Euro also fell against the commodity currencies. In particular, the fall was steeper against the Canadian dollar, which remained strong on the backdrop of the crude oil production cut agreement among OPEC member states. However, we anticipate a bullish reversal in the EUR/CAD pair due to the reasons discussed below.

In the days to come, the Euro dollar is mainly expected to recover on the basis of a selloff (or profit booking) in the US dollar. As expected, on Wednesday, the US Federal Reserve announced a hike of 25 basis points to the prevailing benchmark interest rate of 0.25% to 0.50%. Since the rate hike was almost priced in, the market remained largely unmoved. However, the FOMC statement increased the volatility in the market.

The statement pointed out that the Fed is considering three rate hikes next year, and in 2018 and 2019. The announcement propelled the Greenback further against the rival currencies. However, analysts believe that the rally has gone too far and a correction is imminent in the US dollar. A correction in the Greenback would propel the Euro as both of them share an inverse correlation.

The recovery of the Euro dollar is also supported by the news of a possible bail out of the Italy’s third-largest bank, Monte dei Paschi.

The Canadian economy continues to face a multitude of challenges such as the housing bubble concerns. Furthermore, Trump may call for a renegotiation of the NAFTA agreement. Such a scenario keeps the Canadian dollar weak in spite of an increase in the crude price. Most of the recent rise of the Canadian dollar is based on the anticipation of crude oil production cut by OPEC members. After rising to a high of $54.50, oil has again fallen back to $51 per barrel. Thus, fundamentally, the scenario supports a short-term uptrend of the EUR/CAD pair.

Technically, the chart indicates that the EUR/CAD pair has found support at 1.3890. The stochastic indicator is just out of the bearish zone. Thus, an uptrend in the EUR/CAD pair can be expected. 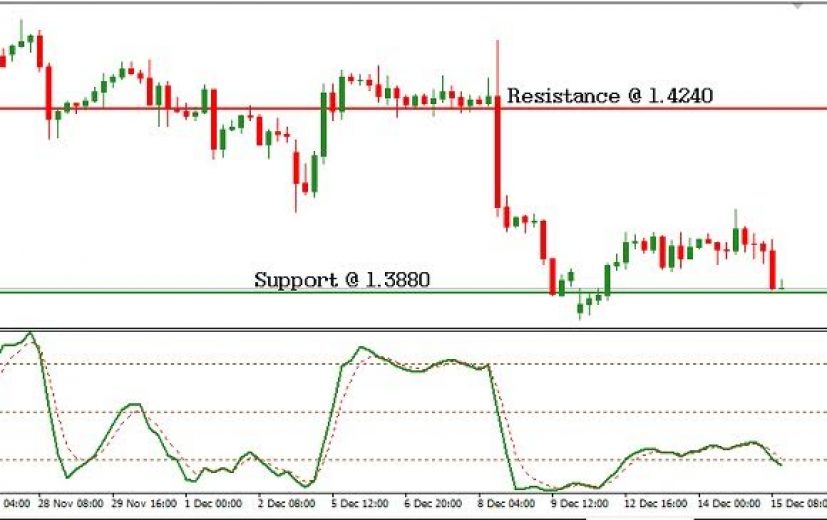 A currency trader can take a long position in the EUR/CAD pair near 1.3900 levels. The long position can be closed near 1.4200. To reduce speculation related risk, a stop loss order can be placed below 1.3800.

Investing in a call option would create a similar setup in the binary market. The call option is also referred to as ‘above’ or ‘high’ option by some of the binary brokers. A trade can be taken as long as the currency pair trades below 1.3950. A time period of one week should be allowed for the expiry of the contract.

On the basis of strong retail sales and hawkish statement by Carolyn Wilkins, Bank of Canada’s senior deputy governor, we