Jens Weidmann, the president of Germany’s central bank Bundesbank stated that Britian’s move to exit the European Union (EU) would have a severe impact on London’s position as a financial hub, since UK banks would lose access to the remaining 27 EU markets.

Weidmann said that a hard Brexit which is favoured by eurosceptics in the UK would result in the country losing access to the single trading market, following which UK banks would lose their right to operate seamlessly across all markets of Europe and enable Frankfurt to take over the role.

He stated that the passport which affords the companies to freely access EU markets is tied to the single market and will not be available if Britain leaves the European Economic Area.

The issue of passporting rights is crucial for Britain’s financial industry since it allows firms to use London as a base to provide services across Europe. With this removed, companies will need to necessarily shift to a location within the EU to retain their ability to service continental clients.

Recent data has shown that the majority of euro transactions handled in London are affiliates of foreign banks. In the aftermath of the referendum results, UK foreign secretary, Boris Johnson had sought to reassure U.S. banks that the UK would retain its single market access, enabling them to continue their operations from London.

However Weidmann has indicated that such a compromise might not be possible. He said that without passporting rights, several firms might consider shifting their headquarters from London to Frankfurt which is a major financial hub in its own right and an important centre for government and regulatory bodies. He however discounted the chances of a largescale migration from London to Frankfurt.

Weidmann has also warned against people assuming that the current rebound in UK markets signifies that Brexit’s impact has been overcome. He pointed out that Britain is yet to even apply to leave the EU so it was premature to suppose that the issue was resolved.

In a statement, Weidmann said

To assume on the basis of the developments so far that there won’t be any negative consequences would be to draw false conclusions. Great Britain is very closely tied to the EU and Germany. If you reduce these relations to that of a third country, it will suppress economic growth in Britain. 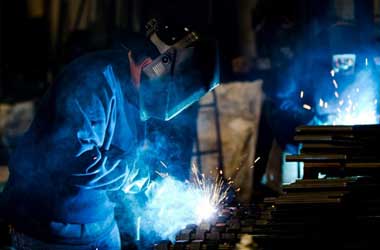 UK’s Markit/CIPS purchasing managers' index (PMI) for the month of August has shown a distinct increase, reaching a 10-month high