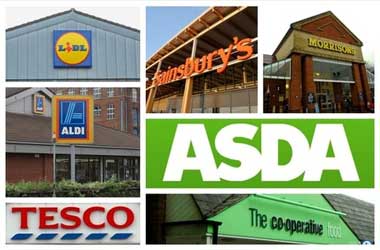 You cannot fail to have noticed if you are the one tasked with doing the weekly shop, that no matter which town or city you live in you will have many different supermarkets at which to shop. In the last few years however several low cost budget supermarkets have been muscling in on the bigger and often better known supermarket chains and have been successfully taking away a much larger percentage of their customer base.

In fact many of the UK’s established supermarkets have been issuing profit warnings and have been reporting a downturn in custom with companies such as Tesco, Sainsbury’s and Asda all losing trade to the budget supermarkets.

With that in mind when you are next on the hunt for some potentially profitable Binary Options trades to place online you should be looking at some of those budget supermarkets to place your trades on.

Aldi and Lidl have been opening up hundreds of new supermarkets not only in the UK but in many other European countries and their expansion plans are ongoing.

You only have to take a look at the drop in trade at Asda who have reported a 2.7% drop in sales in the last three months and as such the UK market share for this supermarket giant example has lowered to just 16.4%.

The success of Aldi and Lidl continues to cause havoc in the supermarket sector with those two discounters grabbing an even greater chunk of the grocery market. Tesco on the other hand have been suffering lately not only with the black hole found in their accounts but also due to a drop of 0.6% in their sales and even though they are the biggest supermarket chain in the UK that 0.6% drop is likely to affect their bottom line.

Aldi on the other hand have now managed to secure a 5.6% market share in the UK and Lidl are not far behind them with a 4% share. Whilst the UK retail market place is very volatile at the best of times there is no getting away from the fact that all budget supermarkets are always going to be eating away at the market share of each of the leading and better known supermarket share.

If you are interested in placing any type of Binary Options trade on any retailer then you will find all of our featured Brokers have lots of them available via their easy to use trading platforms.