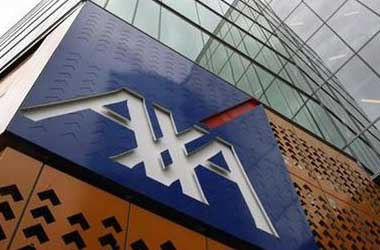 Last Thursday, France’s biggest insurer AXA SA (OTC: AXAHF) reported its fiscal 2016 earnings that missed analysts’ estimates by a narrow margin. However, it was more than enough for the market to punish the stock. For the reasons provided below, at the current price of $23.38, we anticipate buying to come in on the basis of strong fundamentals.

The Paris-based company reported a 2% increase in fiscal 2016 total revenues to €100.19 billion, from €98.14 billion in the corresponding period last year. The revenues crossed €100 billion for the first time in the company’s history. Underlying earnings were €5.69 billion in fiscal 2016, up 3% from €5.51 billion last year.

Life & Savings segment recorded 2% y-o-y increase in revenues to €60.3 billion. Property & casualty segment posted 3% y-o-y growth in revenues to €35.6 billion. However, the revenue growth in these two segments was partially offset by the Asset Management segment, which reported a 3% y-o-y decline in revenue to €37.10 billion.

During fiscal 2016, the adjusted return on equity was 13.5%, while the solvency II ratio stood at 197%. The debt gearing stood stable at 26% in the fiscal year ended December 2016. Similarly, the free cash flows of the group were €6.2 billion. AXA stated that it would propose a dividend of €1.16 per share, up 5% from €1.10 per share paid last year, during the annual general meeting scheduled for April 26th.

The insurer holds AA- and Aa3 rating from S&P Global Ratings and Moody’s Investor Services respectively. Similarly, Fitch has issued AA-rating for the company. Considering the impressive fiscal 2016 results, investment research firm S&P Global has issued a “buy” rating for the stock with a target price of €26 ($27.66). Thus, considering the revenue growth and increase in dividend, fundamentally, the stock is expected to remain in a bullish orbit.

The price chart indicates the existence of major support for the stock at 23.12. The low 20 reading of the stochastic oscillator suggest the possibility of a technical bounce back. Thus, it would be better to buy the stock in dips. 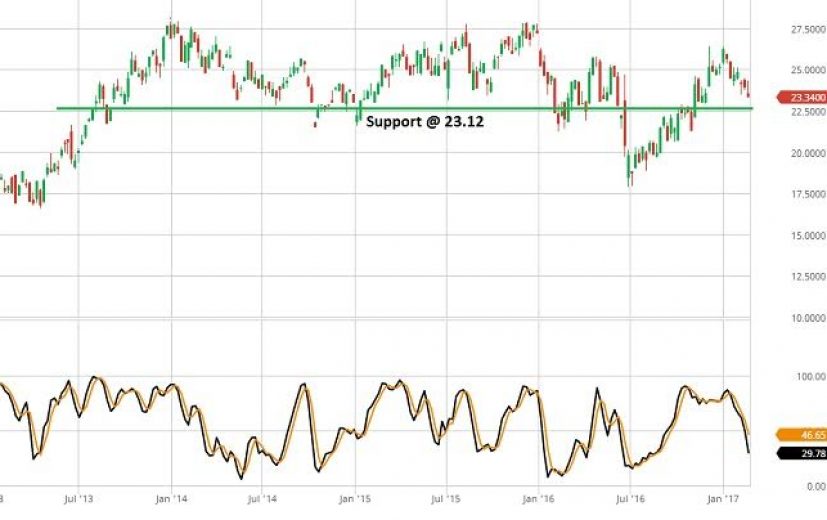 A binary trader can take advantage of the situation by acquiring a call option contract from a preferable broker. The option should remain valid for a period of one week, and the entry should be made before the price crosses the level of 23.50 in the equity market. 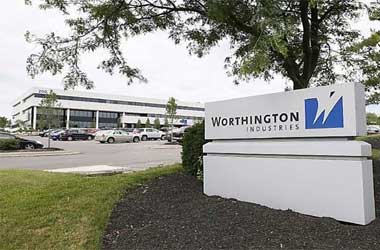 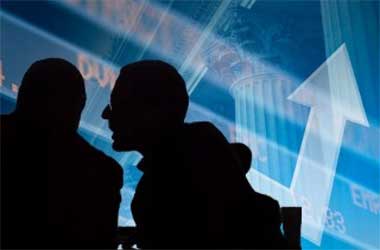 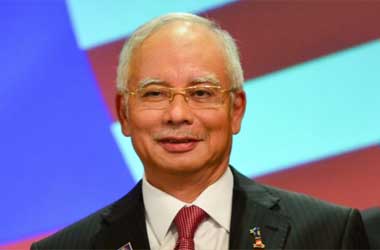