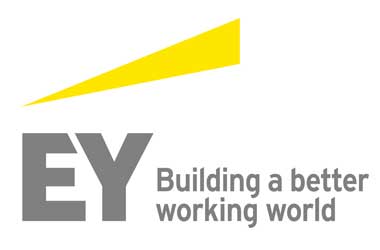 Ernst & Young (EY), one of the Big Four, a group of international audit firms headquartered in the UK, the USA, and the Netherlands, has joined Innovate Finance, an organization that aims to make UK a global finance technology hub.

After 2013, over half of the total financial technology deals in Europe have been contributed by the UK and Ireland, and over two-thirds of the total FinTech financing comes from these countries.

The government of UK launched Innovate Finance in 2014 to promote and develop the UK as a global leader in financial technology. Innovate Finance is a non-profit organization that initially obtained financial assistance from the Canary Wharf Group and the City of London Corporation.

When EY joined Innovate Finance, it had around 120 members, including large financial institutions and start-up companies in addition to “two $1 billion unicorns.”

According to the membership deal signed between EY and Innovate Finance, EY will be directly involved in developing talent exchange programs on a trial basis. As a result, EY employees will work with member firms of Innovate Finance for three months. EY will provide highly qualified, experienced, and expert staff to speed the growth of start ups. The company will also provide talented individuals to assist with major collaborative research projects regarding financial technology trends such as open payments, block chain technology, financial inclusion, and others.

FinTech innovation is the new frontier for financial services. Our report for UKTI last year showed that FinTech is already a £20 billion industry in the UK and growing exceptionally fast. The UK is a hub for financial innovation, and organizations such as Innovate Finance play a crucial role in helping both new and established FinTech firms to develop and grow. We are delighted to be supporting Innovate Finance.

Agreeing with him, Innovate Finance CEO Lawrence Wintermeyer said that the talent program initiated by EY is “an exciting new pilot,” which will enable the company’s staff “to work directly in the FinTech ecosystem.”