A recent survey covering U.S. workers has shown that one-fifth find their workplace hostile and stressful. The study was conducted by Rand Corp., UCLA and Harvard Medical School and included responses from around 3,066 workers.

The major findings from the survey showed that around one in five Americans feel that they face a hostile or threatening work environment which could include bullying or sexual harassment. Around 55 percent stated that they work in potentially hazardous conditions.

Three quarters of those surveyed noted that they spend nearly one fourth of their time in the workplace doing highly intensive or repetitive physical labor.

The findings from the survey were not very encouraging in terms of career advancements as well. Just 38 percent stated that they had good prospects at their workplace. The survey found that older the worker, the less optimistic they were of their advancement. Telecommuting is also rare with over 78 percent stating that they were mandatorily required to be present during working hours. Workers also stated that they were spending extra time to get things done at work.

More than fifty percent of the workers surveyed said that they work on their own time in order meet their job responsibilities. According to the study, those workers who are less-educated seem to face tougher workplace conditions.

Lead author Nicole Maestas, a Harvard Medical School economist noted that the study revealed that the workplace today was pressured and hectic.

Maestas assessed the results of the survey and questioned whether the unpleasant working conditions were affecting the desire of Americans to look for work. Latest data shows that 62.9 percent of Americans are working or looking for work which is lower than the pre-financial crisis levels of 67.3 percent. Unemployment rate is at a 16 year low however.

UK Banks Not Strong Enough In Another Financial Crisis

The Adam Smith Institute, a major British think-tank has claimed that the Bank of England’s stress tests results are not 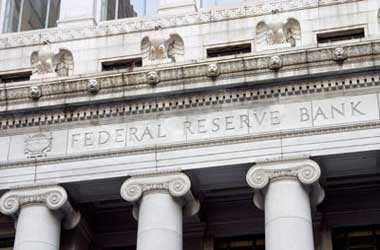